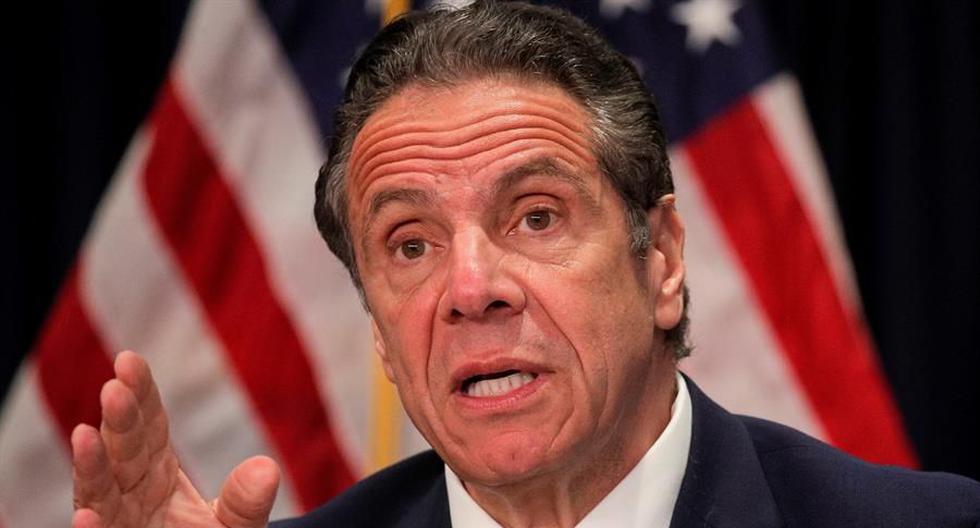 What doubt remains that Donald Trump completely changed American politics? His radical discourse, based mainly on anti-immigration and polarization, had a deep impact especially on the Republican Party.

And one of the greatest examples of this is the recent announcement by the governor of Texas, Greg Abbott, to resume construction of the iconic wall on the border with Mexico.

Trump arrived at the White House in 2016 promising to erect a barrier on his southern border with which, he claimed, he would stop illegal migration and drug trafficking. This year, during his first day in office, Joe Biden it suspended the work and, to date, it seemed buried.

But Abbott, a member of the Tea Party, the most conservative Republican wing and who seeks reelection in his state in 2022, surprised this week by announcing that he would resume work in Texas with an initial item of US $ 250 million, although it did not specify what the total cost or the scope would be.

The plan of Abbott – a staunch pro-Trump – has split the state nearly in half, with 50% supporting the Wall and 46% against, according to a survey by Quinnipiac University.

However, the 2020 election results show that the majority of border counties in Texas turned his back on Trump. According to official data, seven of the 13 counties that border Mexico voted for Joe Biden.

In one of them, in Webb County, the city of Laredo is located, in which 197 kilometers of wall would be built. Trade spoke with Tricia Cortez, executive director of the Rio Grande International Study Center (RGISC), a member of the No Border Wall Coalition, a group of organizations that advocates for the use of funds from the Wall in social programs.

“It’s ridiculous. First, we must remind the governor that this project has already been rejected; Second, it is not the most effective way to handle the migration problems that are deeper, that is something that must be seen in Washington DC and in the countries from where they migrate.” Cortez says of the proposal.

“In Laredo we do not support that tremendous expense. About a third of our population lives in poverty. Medical personnel, hospital beds and reinforcing educational programs are needed. And they plan to build a Wall which will cost $18 million per mile (cost varies along the border)”.

Cortez emphasizes that the population voted against during the presidential election and warns that it would endanger the Rio Grande, the main source of water in the area.

“The Wall It is not just a fence, it includes a security application zone that would cover 60 meters of the river bank. The Rio Grande, one of the ten most endangered in the world, is the reason we exist here and we use it to develop our social life. In addition, many species depend on it and (the work) would destroy their habitat”.

“Laredo is the first most important commercial port in USA, Thanks to us Texas it is a strong point of international trade. If the government were interested in us, in developing us, it would invest those public funds in areas where it does matter, where they have a purpose. In energy matters, we have a lot of sun and wind that would allow us to be a place of renewable energy but a lot of vision is required and that is lacking in our state leadership”, she points out.

“But perhaps the most painful are the laws that are overridden. That doesn’t happen anywhere else in the country, we think they do it because we are mostly Hispanic. They make us feel like second-class citizens.” Cortez claims.

The plan of Abbott however, can run into two factors that would undermine his intentions: private property and his power as governor.

To lift the Wall, Texas will have to negotiate with the owners of almost 240 thousand hectares of private land, or, failing that, expropriate it. The latter, however, involves a legal battle that neither Trump himself could win.

On the other hand, in the United States, border security is the responsibility of the federal government and for this it has the Department of Homeland Security, so the proposal would represent a direct challenge to the administration. Biden.

Trade spoke with William De Soto, associate professor in the Department of Political Science at Texas State University of San Marcos, about the challenges Abbott would face and his proposal of Wall.

– Can the governor build a wall on the border or is it the sole power of the federal government?

While it is true that immigration policy is primarily a prerogative of federal policy, the US system of federalism means that intergovernmental boundaries between levels of government are constantly being questioned. This is likely to be challenged in court. If anything, unlike states further west, the fact that most of this land is privately owned will also slow down any effort to build a state border wall.

– Do you consider it a realistic proposal or a sample of populism?

The issue of immigration is of great interest to citizens who consider themselves Republicans. The governor agrees to spend $ 250 million in state funds and to obtain private donations to obtain the rest. He has created a website called borderwall.texas.gov. The effort has raised nearly half a million so far. However, it is doubtful that enough money will be raised to cover the more than 1,200 miles along the Texas-Mexico border.

– How effective has the wall proven to be on other sides of the border?

While only a small portion of the border has seen a wall built where it had not existed before, it appears that the wall would have a limited effect on immigration even if it was fully completed. For example, it would not affect people who stay longer than their visas indicate.

– Would the governor have presidential aspirations for 2024?

Most likely, Governor Abbott is thinking about running for the Republican presidential nomination, but so far he has not visited much of the key states for the start of the 2024 elections such as Iowa and New Hampshire. So no one, perhaps including Abbott himself, knows what the next presidential election cycle will bring.

– In the 2020 elections Biden won in most border counties in Texas, can we consider this as a clear rejection of the wall?

Election results in the southern tip of Texas were disappointing for Democrats. Democrats always win in border counties because they are largely Latino. Hispanics are a critical group, but Trump did better in several of these counties in 2020 than in 2016. This has frustrated Democrats who hope to be more competitive in Texas.