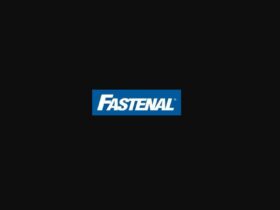 The President of the United States, Joe Biden, has overshadowed, with a speech full of harangues in favor of the global fight against climate change, the alarming data from the latest Global Carbon Project report that warns that CO2 emissions remain at record levels and will grow 1% in 2022.

Biden’s intervention at the Egyptian climate summit (COP27) lasted just over twenty minutes and took place before an auditorium full of attendees who have interrupted his speech with applause on several occasions.

“The United States is acting and everyone has to act” in the fight against climate change, asserted Biden, who in a message to advanced countries said that “if coal can be financed in developing countries, there is no reason not to finance” the deployment of clean energy in them.

“To bend the emissions curve, all countries have to act. At this meeting we must renew and raise our climate ambitions. The United States is acting, everyone has to act. It is a duty and responsibility of global leadership,” according to Biden, who during his speech he had a lapse and recognized that he was reading the teleprompter.

Countries in a position to help should be helping developing countries so that they can make decisive climate decisions, according to Biden, who, by contrast, has not alluded to a central issue of COP27, compensating the most vulnerable countries for the damage and losses caused in its territory by the effects of climate change.

The president of the United States has apologized that his country withdrew from the Paris Agreement under the presidency of his predecessor, Donald Trump, and has assured that they will meet their emission reduction commitments by 2030.

“We took flight to do our part, to avoid the climate hell that the Secretary-General of the United Nations passionately warned us about earlier this week,” Biden said.

In line with the speech at the COP27 of the European leaders, he has underlined that the war in Ukraine strengthens the urgency of the need for the energy transition away from fossil fuels.

Biden announced that the United States will double its commitment to the Adaptation Fund, up to $100 million, and that it will allocate $150 million in aid to accelerate the President’s Emergency Plan for Adaptation and Resilience (PREPARE) in Africa.

With this intervention, which has unleashed chain reactions for and against, Biden has overshadowed the annual report of the Global Carbon Project alliance, which warns that global emissions remain at “record levels with no signs of decline” and that they will close 2022 with an increase of 1%, so it is urgent to act to prevent the damage from being really serious in less than a decade.

“If the current levels of emissions persist, there is a 50% chance” that the increase in the planet’s temperature, compared to pre-industrial levels, will exceed 1.5 ° C degrees in 9 years, “the limit to avoid damage serious to humanity, according to scientists.

According to the report, greenhouse gas emissions are expected to add up to 40.6 gigatons of CO2 (GtCO2) in 2022, close to the historical maximum of 40.9 that was reached in 2019, the year before the pandemic.

According to the forecasts included in the document, emissions are expected to decrease in China (0.9%) and Europe (0.8%), and to increase by 1.5% in the United States.