New year and renewed expectations in the most developed capital market in the world, New York. After a 2022 to be forgotten, with falls of between 20 and 30% in the main North American stock indices, many investors expect a recovery based on the very long-term upward trend that that stock market has experienced, not without noise or collapses that generated Panic on more than one occasion.

In my opinion, the wait will not be that short and the return to the maximum values reached at the beginning of last year will be delayed beyond 2023.

There are two variables that make up the so-called yield curve of the US Treasury bond markets: the maturity of the bonds, which can be one, three, ten or more years; and the implicit interest rate they pay, based on their market price.

The further in time the bonds mature, the higher the rate they pay is usually. It has its logic: if I’m going to lend money, the longer it takes to pay it back, the more reward I’m going to ask for in return.

Therefore, in normal situations the yield curve tends to have a convex shape, since the market is dominated by the sentiment of a healthy economy, where all bonds will be paid, beyond the fact that long-term ones are granted a higher risk reading than short-term ones.

However, if we look at the current yield curve based on the rates paid by bonds with different maturities, we will see that the opposite is happening today: since July of last year (as we can see in this graph), bonds maturing at one year have been offering a yield higher than those with a maturity of 10 years, forming an inverted curve figure.

The majority interpretation of this phenomenon points to a recession looming for the market and that in the short term (one year) investors with US debt bonds think that there are risks that the economy will enter a recession in the short term. term, so they prefer to keep their money in cash and only agree to invest it at higher rates, especially in times of inflation.

In the long term (10 years), however, the crisis is expected to be overcome. For this reason, the annual returns required to purchase these debt securities decrease.

From the end of World War II to the present, the yield curve flattened and inverted just as it does today before each recession, so the phenomenon is considered a very effective predictor of recessions in the United States. We are talking about the crisis of the Nasdaq technology shares in 2001, of the subprime mortgages (of low credit quality) in 2008 and the short-term collapse due to the Covid-19 pandemic in March 2020.

Today the curve is inverted again, so the chances that the world’s largest economy will suffer a severe drop in its level of activity and be accompanied by another stock market crash seem very high.

Main US indicators in decline

The index of leading indicators of the US economy (LEI in English, by The Conference Board Leading Economic Index) is also closely watched by investors, since it is a very precise signal about the health of the country’s activity at present and speaks of what lies ahead.

It is made up of more than 10 economic and financial indicators, such as the average expectation of consumers, building permits for new houses, the evolution of requests for unemployment benefits and the same yield curve mentioned in this column.

The index is built to summarize and reveal turning points in the economy in a clearer and more compelling way than any single component, becoming a predictor variable that announces changes about seven months before they happen, just as they did in the last few three recessions.

How is this important indicator doing today? After having reached a peak of more than 15 points in February 2022, since then it has done nothing more than go back to levels of -7 with the latest data from November last year.

Ataman Ozyildirim, Senior Director of Economic Research at The Conference Board, describes the critical moment: “The US LEI fell sharply in November, continuing the decline it has been in for most of 2022, after reaching its peak in February. Only stock prices contributed positively to the US LEI in November. Labor market, manufacturing and housing indicators weakened, reflecting serious obstacles to economic growth. The interest rate spread and new manufacturing order components were essentially unchanged, confirming the lack of momentum to economic growth in the near term.”

As can be seen, the LEI also anticipates an economic recession in the US and makes a recovery in stock values less likely for the current year.

To the arguments presented above could be added the rapid rise in interest rates that the FED (US Central Bank) carried out throughout 2022 and will most likely maintain in the first quarter of this year.

The process of raising rates has considerably damaged the disposable income of the average American worker, who is usually in debt for the majority of the house mortgage and credit card purchases.

The damage is observed in the pockets and the consumption capacity of the Americans, with which their demand for new products is reduced and generates a significant deterioration in the sales and profits of the companies, which in a majority last year presented balance sheets poorer, especially in the technology sector, where many companies lose money due to high levels of development spending.

In case it was not clear yet, I answer the question in the title of this note with a statement that does not dodge the bulge: yes, I think that the New York Stock Exchange has a high probability of continuing to fall this year. Therefore, and despite continued high global inflation, cash and diversified into hard currencies (dollar, euro, British pounds, Swiss francs, yen and more) seem the best option to weather the economic and financial storm.

Throughout the year, we will see how close or far we have come with our forecast from reality. For now, the market is expecting bad news with many bullets that should be avoided rather than put their chests on them without further foundation.

We follow it next week with more analysis to strengthen your financial health! 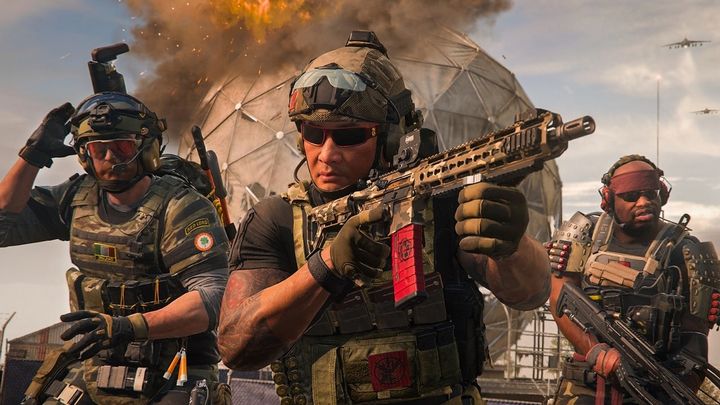