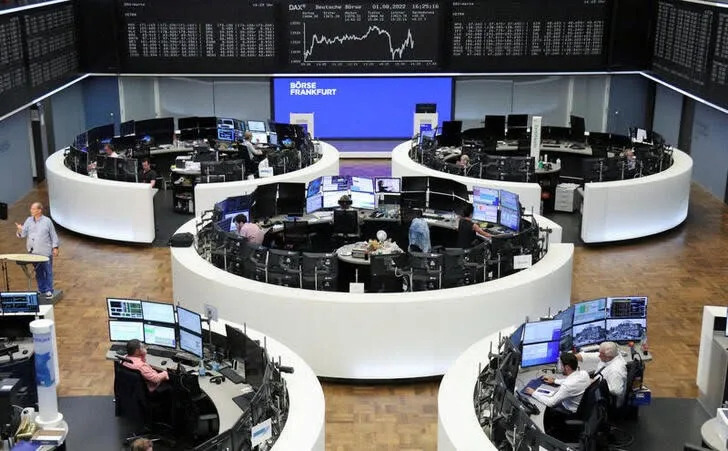 European stock markets fall on fear of recession, while tensions between China and the US weigh

Nvidia (NYSE:Nvidia) has been one of the most popular stocks in recent years. But almost nobody noticed that a big bubble has formed here. The graphics processor provider benefited from the gaming, data center and crypto boom. But over time, as more investors jumped on the trend, the stock drifted farther and farther from its true fundamental value.

If there are even small growth disappointments, overvalued stocks fall very sharply. Even after the price slide of the last few months, Nvidia is still too expensive. The current interim rally could therefore only be short-lived.

In addition, Nvidia is now missing expectations and is hardly growing. The continued high valuation ratios are currently no longer justified.

Nvidia expects revenue of $6.7 billion for the second fiscal quarter of 2023, which would represent just 2.9% year-over-year growth. The expectations were even at 8.1 billion US dollars.

The main reason for this is a 33% drop in gaming revenue to $2.04 billion. Due to high inflation, the end of the corona pandemic and the economic slowdown, sales of expensive gaming PCs are falling, which has a direct impact on Nvidia. This could also lead to falling prices for the chips, which would burden the group again.

Add to that the cryptocurrency crash, which is also causing demand for graphics processors to drop. Nvidia is also more dependent on the development of digital “currencies”. However, the company is also experiencing supply chain difficulties, as corona measures continue to lead to production interruptions in China.

In addition, the aftermath of the Ukraine war is driving inflation further, damaging the economy.

While Nvidia says it will incur additional inventory costs of $1.32 billion in fiscal 2023’s second quarter, we won’t know how they’ll affect earnings until August 24. Then the company publishes its final figures for that period.

Overall, Nvidia is assuming $2.42 billion in operating expenses for the quarter, which is higher than last year’s figure and would therefore reduce profits.

Since Nvidia continues to expect a high cash flow, the group wants to buy back shares.

Despite the current declines, Nvidia should come through the crisis well, with its high profit margin averaging 22.8% over the past decade. For the stock, however, the big boom phase is probably over for the time being.