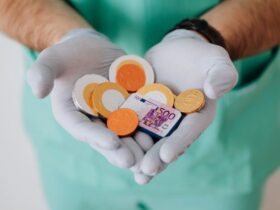 Thinking Ahead, How Does Health Insurance Benefit You

Regular vitamin D consumption was associated with a more than 50% lower risk of melanoma compared with people who did not consume the vitamin, according to a new study.
Vitamin D is a necessary nutrient for the body. It is an important vitamin for a number of functions, and a recently published study found that consuming vitamin D regularly is associated with a reduced risk of melanoma.

According to the National Institutes of Health (NIH), vitamin D helps the body absorb calcium, a mineral needed for strong bones. Muscles also need vitamin D for movement and nerves to carry messages between the brain and other parts of the body.

People who took regular vitamin D supplements had a more than 50% reduced risk of melanoma compared with non-consumers, a new study published in Melanoma Research found.
The research, conducted in collaboration between the University of Eastern Finland and Kuopio University Hospital and published in Melanoma Research, included nearly 500 people at increased risk of skin cancer.

Melanoma, along with squamous cell carcinoma and basal cell carcinoma, is one of the main types of skin. According to the National Cancer Institute in the United States, melanoma is much less common than other types of cancer, but it is much more likely to invade nearby tissue and spread to other parts of the body.
According to the research report, other relatively recent studies have also provided evidence for the benefits of vitamin D in melanoma, such as the association of vitamin D with less aggressive melanoma.

The body makes vitamin D when exposed skin is exposed to the sun. There are very few foods that contain this vitamin naturally. However, some food products may be fortified with vitamin D.

Fatty fish meat (such as trout and salmon, tuna) and fish liver oils are among the best sources of vitamin D.