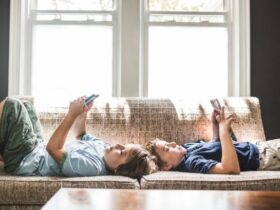 Blue Monday is approaching, cataloged as the saddest day of the year. According to experts, many people experience it when they return to work, due to uncertainty about what will happen in the future, among other things that cause them discomfort; feelings that contrast with the festivities and days off they had before.

According to psychologist Cliff Arnall, who in 2005 published his study regarding the third Monday in January as the saddest day of the year, there is an equation based on different factors that explains this phenomenon.

It was during an investigation carried out based on the request of the travel agency Sky Travel, to promote the best time of the year to go on vacation, that he came to the conclusion:

The formula 1/8C+(D-d) 3/8xTI MxNA found indicates that: “C” is the climatic factor; “D” the debts acquired during the holidays; “d” the money that will be collected at the end of January, “T” is the time elapsed since Christmas; “I” refers to the period since the last failed attempt to quit a bad habit, such as quitting smoking, or engaging in physical activity, or starting a new challenge; “M” the remaining motivations; and finally, “NA” is the need to act to change life.

“Seasonal depressing factors add to this day, and additional worries make Blue Monday 2017 even more depressing than other years. Trump and Brexit cause uncertainty and increase people’s fears. And the death of so many celebrities, many in their 50s and 60s, have also worried people remembering their own mortality, ”he explained in an interview with the British newspaper The Telegraph.

In this way, in each year the factors could be enhanced by the context that each person is experiencing at that time.

How to prepare for this feeling

Psychology specialist Beatriz Goldberg suggested following these keys to face the day of “down”:

–Rest adequately: lack of sleep causes depression and anxiety. The optimum period for adults is between seven and eight hours. It is important to regulate external factors to guarantee sleep hygiene, keep the room dark and properly ventilated, that there is no noise, nor is it too hot, etc.

-Eat healthy and consume dark chocolate: some foods favor the secretion of serotonin and endorphins, two very important neurotransmitters in mood. Chocolate, blueberries, salmon, as well as fruits and vegetables in general are some of them.

-Perform physical activities: releasing endorphins will keep the body in shape. This will positively influence the perception of body image, beyond the physical benefits themselves.

-Exploit creativity: it is a form of silent expression.

-Surround yourself with people: good humor and even a smile are contagious.

On the other hand, the theory developed by the “happiness” specialist – as defined in her Twitter account – has no scientific basis but has spread throughout the world. And now Arnall seeks to reverse this date with motivational phrases under the hashtag #stopmonday.