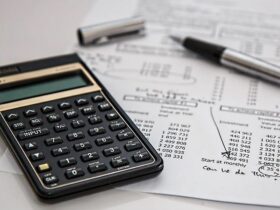 Choosing a Life Insurance Policy: Tips from the Experts

Weeks ago, the IRS announced that many taxpayers would have less refund as many enhanced tax credits returned to pre-pandemic levels; even so, people with children will be able to receive more money than others

There is no human being on earth who likes to pay taxes, much less in the United States. In addition to being a responsibility for those who start to generate income in the country, many have the incentive of being able to receive a tax refund, especially if they qualify for a tax credit. Families with children have a better chance of reducing their tax bill or receiving some money through one of the three tax credits for which they could qualify.

Since last year, the Internal Revenue Service (IRS) has pointed out that many taxpayers will receive less money in refunds, since many of the credits improved by the pandemic will return to the previous levels of 2019. However, you should know what the changes are , because it is possible that in the accumulation of tax credits to which you qualify for having children, you can rescue a few dollars for your family finances.

Erase from your mind the image of the Child Tax Credit (CTC) that you could have received for tax year 2021, because in 2022 it was forgotten and returned to the support figures they provided before the pandemic. On this occasion, the CTC will be $2,000 dollars for each eligible minor.
Although the CTC is a refundable tax credit, meaning it can give you money, it has a maximum limit of $1,400 per dependent child. The rest of the $600 will be previously used to reduce the tax bill, if applicable. The application of this CTC is based on the Tax Cuts and Jobs Act of 2017 which doubled the credit for children under 17 years of age from $1,000 per child to $2,000 per child, and which will be in effect until 2025.

A taxpayer can claim this credit if:

• The eligible minor has a Social Security number (this applies even if the taxpayer only has an ITIN).
• The boy or girl lived more than half of 2022 with the person who plans to claim this credit.

Although this year the Earned Income Tax Credit (EITC) benefits taxpayers without children, its main target is families with children.

For tax year 2022, the amounts of this credit are:

For an individual with no children, their adjusted gross income (AGI) must have been $16,480 or less. Those amounts change depending on filing status and how the tax return is filed.
This credit can only be claimed by people who have a Social Security number, both the taxpayer and those who are declared as dependents.
The IRS warned that it will send refunds for taxpayers who claim the Child Tax Credit or the Earned Income Tax Credit after mid-February.

To apply for the credit, the child must be under 13 years of age.