The fire dog will be in charge of ending the month of September, although the Chinese calendar is different and for this reason, we still have a few days left in the month of the rooster.

An additional thing to keep in mind when looking for the ruling animal is the day of birth. Since, if it is located between January 1 and February 4, the zodiac sign will correspond to that of the previous year. For example, if you were born on January 28, 1987, your ruling animal is not the rabbit, but the tiger.

Today’s energy reinforces this change of month and season, since it is conducive to “putting an end point” and making the necessary changes to improve our lives.

The dog suggests to those ruled by the rat that they work on this day to achieve harmony. Mice, and especially female mice, are prone to starting fights and conflicts that get them nowhere. Try to meditate for a while, practice yoga or even find a professional to help you mentally and emotionally.

The day is appropriate for those born in the years of the ox to attend social and cultural events. Take the opportunity to accept the invitations that are made to you for any type of activity, because your energy will be vibrating high and you will attract interesting people who will open professional and work doors for you.

Any type of negotiation that the tiger does today, from the simplest to the most complicated, will be destined for success. Good fortune accompanies you and today, the regent of the year, you will be able to open interesting doors. The parents of the 2010 tigers will have to be a little more vigilant, as they could be visiting social networks and web pages that are not appropriate.

Rabbits will feel their energy better this day. But it is important that they continue to pay close attention to the activities they do. The smallest or most trivial details are the ones that could complicate your day, so read what you sign very carefully and be very punctual in all your commitments.

The day can be quite difficult for the dragon. The dog, as ruler of the day, does not look favorably on you, for this reason, it is best to limit yourself to your normal itinerary and avoid starting important activities. Meetings are not favored either, as they could cause the dragon to show its worst facet and end up involved in a heated argument.

The energy of the day is propitious for those ruled by the serpent to “take” out of their lives everything they no longer want in it. This advice applies to extra kilos, bad habits, partnerships and even romantic relationships. It is time to stop burdening yourself with everything that does not bring you anything positive, because the lighter, in every way, you are in the coming months, the better it will be for you.

The workplace will be the place the romance star chooses to surprise the horses. Some co-worker will make your heart beat faster. However, the dog suggests that they go slowly and take the time to get to know each other. It is also important that they set “the rules” to avoid misunderstandings.

Those born in the years of the goat will have a day where business will be favored. Proposals for partnerships and investments will help the sheep to increase their income. Reinvest the money you receive for these investments, but yes, by advising yourself very well and only in legal and solid projects.

The ruler of the day suggests to those born in the years of the monkey to cleanse their spaces and their own energy. Organize your workplace, make room for the new and free yourself from the dense vibrations that are tormenting you. A bath with salts or sea salt and rue will help them balance. Burning incense will also be very useful to them.

Again some health problems will set off the alarms of the roosters. Back, neck and joint pain will make them uncomfortable and even in a bad mood. It is very important that they visit the doctor and also thoroughly analyze what they are doing or not doing so that their health is affected. They cannot continue with just “warm water wipes.”

Instincts could play tricks on dogs. Today they will be prone to leave rationality aside and let their “darkest” part come to the fore: aggression, infidelity, excess alcohol consumption. If they allow the balance to become unbalanced, they could end up committing an imprudence that will be very expensive for them.

This day the pig must show its leadership capacity. Your superiors will entrust you with important tasks and trust in your abilities. To be able to fulfill them, it is necessary that they work as a team and direct it. Another recommendation that the dog gives them is that they keep all the promises they make. New moon of January 2023: how its meaning affects your zodiac sign Recipes against the evil eye: know 3 tricks to detect it 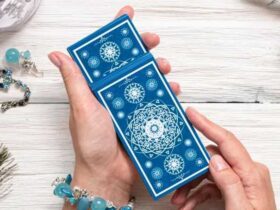