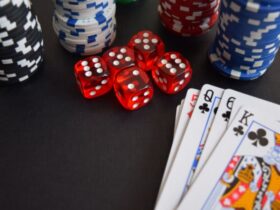 The rate of affiliation to labor unions in the United States fell to historic levels during 2022. At Globe Live Media we explain why this happened, and why, paradoxically, the number of requests to form unions in the country is increasing

The year 2022 was one of the years in which unions gained the most popularity, as at least 71% of Americans approved of unions and unions, according to Gallup’s annual poll. But, paradoxically, the affiliation to labor unions during 2022 fell to historical levels, according to data published by the United States Department of Labor (DOL, for its acronym in English).
DOL statistics indicate that the rate of workers belonging to a union fell to 10.1% from the same rate in 2021, which was 10.3%. To get this number right: The number of unionized workers increased by 273,000 last year, but that’s only a small fraction of the 5.3 million new jobs created.

The DOL indicated that the disproportionate increase in wage employment, compared to the increase in unionized workers, caused the union membership rate to decline.
An article published by The Hill portal noted that the union membership rate had steadily and progressively declined in recent decades, partly due to efforts by corporations to discourage labor organizing. For comparison: at least 20% of US workers belonged to a union in 1983.

However, the truth is that there is a greater tendency to create unions in recent years. According to the National Labor Relations Bureau (NLRB), the number of union petitions increased by 53% from 2021 to 2022.

Likewise, strikes to protest against the stoppage of wages, long working hours and difficult working conditions have increased in recent years.

That is why the unions are currently lobbying politically for the approval of laws from the United States Congress that facilitate labor organization. These efforts have been blocked by the Republican Party, who have blocked pro-union legislation, according to The Hill portal.