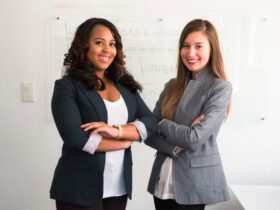 How Innovations In Visual Technology Are Changing and Shaping Businesses

Atom Bank, an exclusively online bank in the United Kingdom of which BBVA is a reference shareholder, has become the largest British employer to date to introduce a four-day working week for its staff, a total of 430 workers, without reducing wages.

The new four-day working week was introduced by the entity as of November 1, allowing its employees to choose to work 34 hours a week spread over four days, maintaining the same salary, instead of the previous 37.5 hours per week in five working days.

Mondays or Fridays will be the days that the majority of Atom Bank’s workforce is expected to adjust their hours, except for those employees with operational and service functions, the reduction of which could vary in order to guarantee the level of services and customer service of the entity.

The online bank explained that it made this change, following a robust review process that confirmed that there would be no risks to customer service or operations, in recognition of the strong preference workers have for the opportunity to work flexibly, somewhat that has been emphasized during the pandemic.

“Our experience has shattered many of the myths of the modern workplace,” said Mark Mullen, CEO of Atom, referring to adapting work environments to the pandemic. “We now know that many jobs can be done just as efficiently and productively from people’s homes as it is from the office,” he added.

“We believe that the 20th century concept of a five-day week, in many cases, is no longer suitable for the purpose of 21st century companies … At Atom, we believe the time is right for the next evolution in the world of work “, said the CEO of the entity.