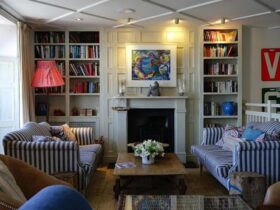 Gold mostly gets all the attention in the investment world. After all, it’s the most popular choice as an alternate investment in place of traditional bonds and stocks. However, from time to time, silver also gets some spotlight and rises in value, and sometimes also outperforms its yellow-metal counterpart in the market.

Contrary to fiat currencies, there is a finite supply of silver worldwide, and you can easily find great silver bars for investment purposes.

Silver has been valued worldwide for centuries and offers a broad range of uses that could keep demand steady. However, it has had mixed results in the role of insurance against inflation. So if you’re considering investing in white metal bars, you should know why you’re doing so.

Silver is a good safety option, but investors flock to valuable metals in uncertainty. When economic and political instability is in the air, the legal tender usually takes place in the shadows of assets such as silver and gold. Although both bullions are attractive to investors, the lustrous metal tends to be mostly ignored in the eyes of gold investors, even though it serves the same purpose.

It’s a tangible asset, while cash bonds, mining stocks, etc., are legitimate forms of wealth. However, they are just digital promissory. Due to this, they’re all prone to depreciation because of things such as printing money.

On the contrary, silver bars are finite tangible assets. It means that even though it is prone to market volatility, such as other commodities, it isn’t prone to crash entirely due to its actual worth.

It’s less expensive than gold bullion. This valuable product isn’t just cheaper but also more flexible to spend. So if you’re buying gold in the shape of coins that can be used as a currency, it is simpler to break than gold coins due to their lower value.

Similar to how a $100 note could be tough to break at the shop, splitting one gold bullion ounce could be a problem. Thus these bars are practical and adaptable, which makes this investment attractive.

It is more profitable than gold as it increases in conjunction with gold. Since the white metal is currently priced at approximately 1/79th of gold, purchasing this bullion is handy and likely to grow significantly when the prices go up. In reality, the white metal outperforms gold in bull markets. Investment professionals can hedge by using silver bars within their portfolio of investments.

It Is a Good Inflation Hedge

From 1973 until 1979, shocks to the price of oil and energy shortages caused U.S. annual inflation of 8.8 percent. During that time, this metal experienced an average of 80.8 percent yearly increase. It posted an average 21.8 percent increase between 1973 and 1978, nearly double the average inflation rate.

However, the metal has seen mixed outcomes for inflation proofing in the 1970s. Between 1980 and 1984, inflation averaged 6.5 percent. Prices of the metal dropped 22.6 percent per year during that time. Inflation was around 4.6 percent between 1988 and 1991, and the metal prices plummeted 12.7 percent annually over the same period.

As the metal has a low correlation with bonds, stocks, or other commodities, it can be a great way to diversify your portfolio. Experts have different suggestions for the amount investors should invest in gold or silver; however, the general rule is to allocate five percent of your total portfolio to commodities. Of course, this amount could be lower or higher depending on your goals and investment timeframe. How much do car accidents cost us in the United States?