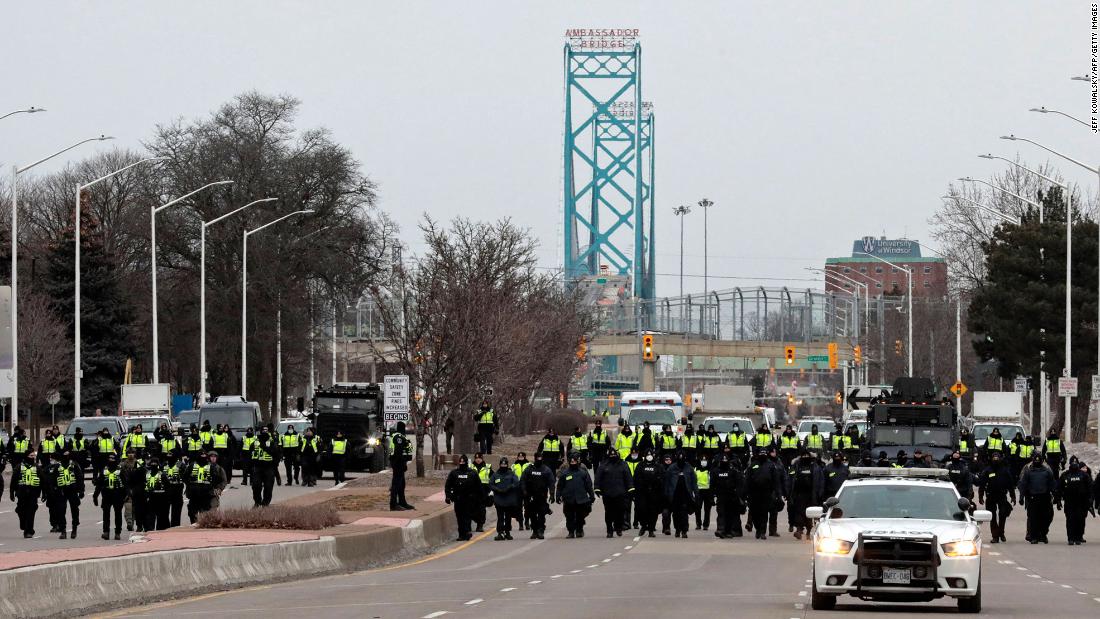 Government of Canada invokes Emergencies Law due to blockades and protests

Airrack, a popular content creator and YouTube star, and Pizza Hut teamed up to break the Guinness World Records for the world’s largest pizza in Los Angeles, California.

I went and created the World’s Largest Pizza…

“Together they broke the record to celebrate both the return of Pizza Hut’s iconic fan-favorite pizza, ‘The Big New Yorker,’ and Airrack’s arrival at 10 million subscribers. Upon its creation, the World’s Largest Pizza pizza was donated to various Los Angeles charities,” Pizza Hut said in a statement.

The world’s largest pizza had an area of almost 14,000 square feet (13,990 to be exact). To break the record, the world’s largest pizza was made with approximately 13,653 pounds of dough, 4,948 pounds of sweet marinara sauce, more than 8,800 pounds of cheese, and some 630,496 regular and cup-shaped pieces of pepperoni. The pizza was fully assembled, topped, and then slice-baked on-site at the Los Angeles Convention Center.
A team of workers spread out across the convention center floor to build the huge pizza. 68,000 pieces of pizza were created, according to David Graves, president of Pizza Hut.

“Thanks to my community, 2022 was a great year for our channel and I promised you that we would break this record if you helped me reach 10 million subscribers on YouTube, so here we are making good on that promise,” said Eric Decker, aka Airrack.

Other records was pizzas

It is not the first time that Pizza Hut, which opened its first location in 1958, has entered the Guinness Book of Records.
In 2016, they clinched the Guinness World Records title for highest altitude pizza delivery on land when their pizza was delivered to the top of Mount Kilimanjaro in Tanzania at an altitude of 19,341 feet.
Meanwhile, the previous record for the “world’s largest pizza” was prepared by a five-person team in Rome in 2012, and measured 13,580 square feet. It was gluten free and was called Ottavia.