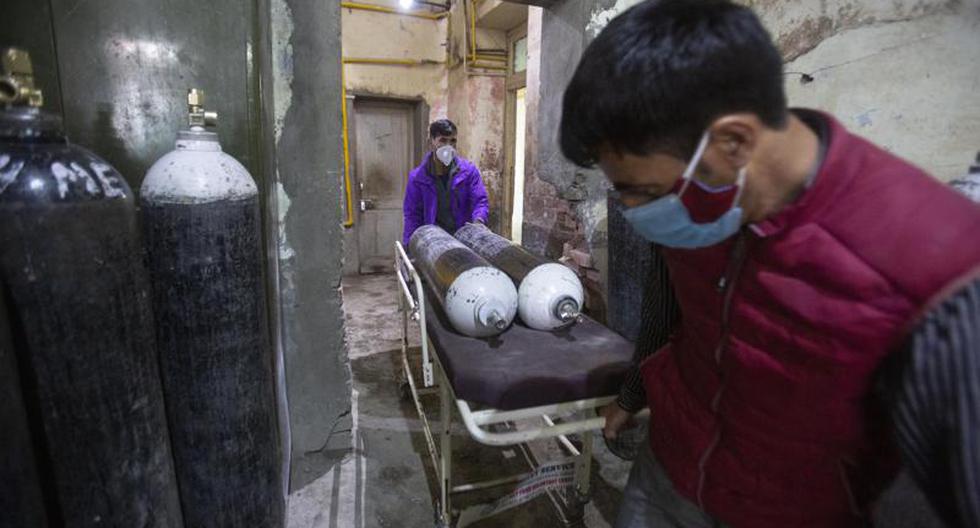 “Please send us oxygen”: Panic and distress messages in India due to the rise in coronavirus infections

Yina Calderon He has been through a journey when it comes to his hair. For some time it has been undergoing several color changes, mostly in strong and colorful tones, and as usual, this weekend caused controversy on social networks by showing part of its new look change.

While the influencer showed the process of changing extensions, she expressed her admiration for Andrea Valdiri.

“I’m going to send a message to Andrea Valdiri: You and I have never seen each other, but I’m going to tell you baby that you are the most berraco and the most beautiful thing that Barranquilla has …”, Calderón said.

This short exchange of message could mean the beginning of a good relationship between them And even some Internet users speculate that soon the two could be working together on a project or even predict the participation of the Barranquilla, who also makes the networks burn regularly, in a ‘puti party’.

It should be remembered that Calderón made headlines a few days ago for a photo he published on his Instagram account, in which he boasts his most recent and luxurious acquisition, a ‘mansion’ on the outskirts of the capital.

Yina’s country-style house stands out for being quite spacious, it has four floors, a stone facade, huge windows, as well as large green spaces.

For his part, Valdiri, who is waiting for a beautiful baby, has also been on the lips of his followers, as his ex-boyfriend, Lowe León, father of the little boy on the way, introduced his new girlfriend.

Through his Instagram account, the singer shared a photograph in which he appears with a woman with whom he had already been seen repeatedly.

“I will summarize you: you are my love and my temple of peace”, affirmed the ex of Valdiri on their social networks.

It should be noted that days ago, Lowe León denounced on his social networks that he had been the victim of death threats due to the rumor of a new relationship.

According to her, she fell in love because she saw him as an exemplary man but indicated that, after having lived with him for a short time, the problems in the relationship began.

In the broadcast, he indicated that he was upset that Lowe gave an interview in which he spoke “wonders” of the relationship, when he well knows that at that time they had problems and there was not good communication.

Later, the businesswoman confirmed the news of her breakup: “You have to tell the truth, Lowe and I are friends, we have nothing. Due to an argument that we had, we separated, he went to make his dream come true and I kept making mine ”.