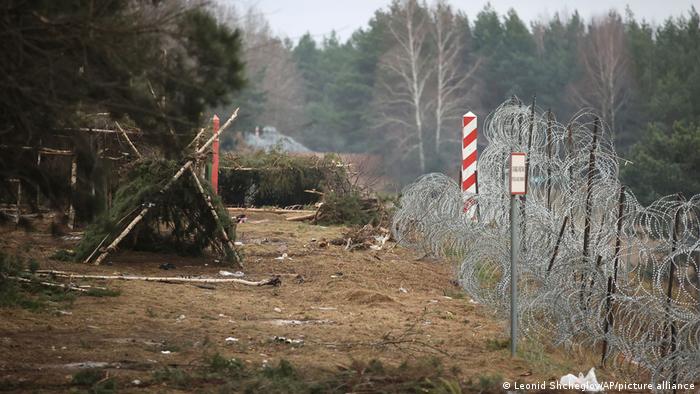 Hundreds of migrants try to cross from Belarus to Poland

The Pan American Health Organization / World Health Organization (PAHO / WHO) asked the population this Thursday bolivian a “Committed attitude” to be “Individual and collective” before the fourth escalation of the pandemic that marked a daily record of 6,149 new cases the day before.

“Only with the disciplined, correct, adequate, timely and efficient application of the entire Bolivian population can this new pandemic wave be contained and mitigated”, mentioned the representative of the organization, Alma Morales.

In a statement the organization urges the population of the country “To continue and reinforce the recommendations of the national authorities” on biosafety measures such as the use of a mask, distance, ventilation of spaces and capacity of less than 50% in public places, among other measures.

The organism holds that “Vaccination continues to be the best cost-benefit strategy to face the pandemic” and that this action has “More benefits than risks against the development of the disease.”

It also recommends that citizens “must complete their vaccination schedules” before the possibility of a serious development of the disease or death.

PAHO / WHO detailed that “several countries in the Americas are in the same situation” as Bolivia and that “more than half of the countries and territories in the region” reported at least a 20% increase in cases.

The daily record of 3,839 positive cases registered in the third wave was from last June, it was reached by 4,934 new infections and this Wednesday it was surpassed by 6,149 positives in a single day.

The epicenter of these infections is Santa Cruz, the largest and most populated region of the country, in which the regional authorities have admitted that it is crossed by the “Worst epidemiological storm“, While the Government recognized that there was a” relaxation “in the population in care and vaccination itself.

The Government has announced that from January 1, the presentation of the vaccination card, a document with digital verification, will be required as a requirement to carry out various procedures, enter public places and travel within the country.

The central Executive declared a health emergency while sub-national governments, such as governorates and municipalities, banned festivals and mass events for the New Year, even regional laws were passed that veto the consumption of alcohol.

Bolivia has a vaccinable population of 10.2 million and has administered more than 9.6 million vaccines between first, second and third doses as well as single immunizations since the end of January.