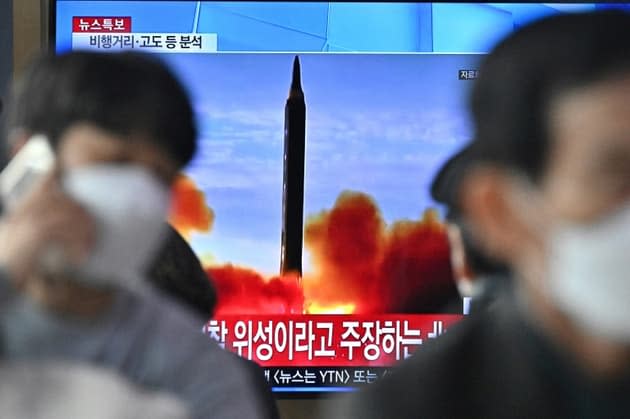 North Korea: New Sanctions From Japan After the Launch of a Missile

All middle-income and developing countries are now suffering from a combination of internal political dysfunction and external economic shocks generated mainly by COVID-19 and the war in Ukraine. Sri Lanka provides a powerful example and a warning to countries in other regions that will face similar situations.

Sri Lanka is not a poor country. When adjusted for purchasing power, GDP per capita in this nation of 22 million people is higher than in South Africa, Peru, Egypt or Indonesia. But the country is now facing a political crisis fueled by severe shortages of food, fuel, electricity and medicine. The currency is collapsing and the government cannot afford imports or make its debt payments. At times in recent weeks, violent protests have threatened to spiral out of control.

How did we get here?

A quarter century of civil war, which ended in 2009, has created a legacy of violence at the heart of Sri Lankan politics. In 2019, a terror attack by an ISIS-inspired Islamist group against the Christian minority made international headlines. On Easter Sunday, a series of bombs detonated in churches and hotels, killing and injuring hundreds of people. Those attacks, and the sense of insecurity they created across the island nation, helped elect Gotabaya Rajapaksa, a former defense minister with a reputation for toughness, that same year.

Gota, as the president is widely known, then appointed his older brother, Mahinda, a former president, as prime minister. A landslide victory in the 2020 elections gave the Rajapaksas a two-thirds parliamentary majority, allowing them to rewrite the Sri Lankan constitution to give extraordinary new powers to the president.

Then the arrogance kicked in. Family and friends were given important positions in the government. A series of economic blunders, including populist tax cuts, deprived the government of revenue and made it much more difficult to borrow abroad.

External shocks have also played a role in Sri Lanka’s problems. COVID-19 devastated a tourism sector still reeling from terrorism, a sector that is critical to government revenue and job creation in the country. The pandemic has also sharply curtailed remittances, money sent home by Sri Lankans working abroad.

The increasingly unpopular Rajapaksas refused to accept the need for public spending cuts and tax increases to help Sri Lanka avoid even more difficult economic conditions. The ban on chemical fertilizers to push farmers towards organic farming amid the economic crisis made things worse for the country’s food supply.

Then came Russia’s invasion of Ukraine and the damage it is now inflicting on world food and fuel prices. Russia and Ukraine are the main grain exporters, and the war has shut down much of that production. Russia and its ally Belarus, which also faces Western sanctions for allowing Russia to use its country’s territory as a launching pad for attacks on Ukraine, are the main producers of fertilizers. Higher fuel prices are the natural result of supply concerns that have driven oil above $100 a barrel. Sri Lanka also imports more than 80 percent of its medical supplies. Donors in India and Europe have helped, but there is a limit to what they are willing to do.

A state of emergency was declared throughout the county. Angry mobs have launched more attacks on politicians and their homes. Hundreds have been injured in recent weeks and some have died. A member of parliament was assassinated in his car. Two other brothers of President Rajapaksa and a nephew have resigned from their cabinet positions.

Late last month, Sri Lanka defaulted on its debt for the first time in the nation’s history.

President Rajapaksa, struggling to survive politically, has vowed to reverse some of the constitutional changes that gave him more power. He has accepted help for the Sri Lankan economy from India and China, and has asked for a bailout from the IMF. The new Prime Minister Ranil Wickremesing, a veteran politician, has been brutally honest in his public comments about the magnitude of the problems facing Sri Lanka and the need for bold action to resolve them. He has said Sri Lanka will raise tax rates to get a bailout from the International Monetary Fund. He then used a televised speech to call on protest groups to join the reform process. He promised that the parliamentary committees will allow lawmakers, youth and experts to work together.

For now, protesters continue to demand the resignation of President Rajapaksa, although there do not appear to be enough votes in parliament to remove him, and the opposition appears to have little interest in sharing responsibility for cleaning up this mess by joining a national government. Unit.

In short, a battered Sri Lankan government will try to muddle through, hope that the pandemic and Russia’s war in Ukraine will end soon, and do everything it can to ensure long-term financial health.

It is a pattern that will be repeated in many developing countries in the coming years.