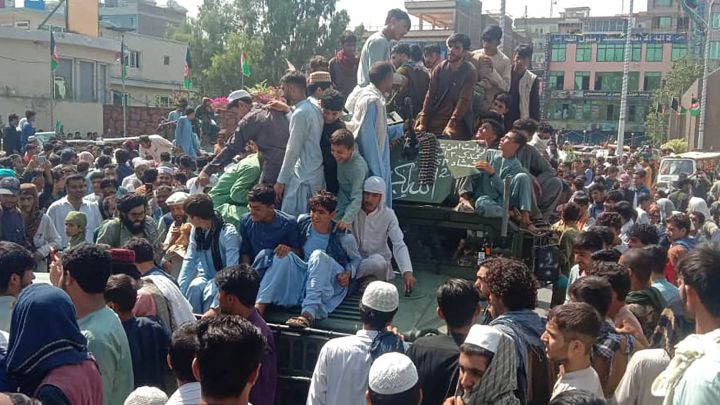 A respected expert on Russian politics, Professor Valery Solovey, claimed that the West had offered Vladimir Putin a surrender deal.

According to Professor Valery Solovey, a respected expert on Russian politics, Western officials offered Vladimir Putin terms of surrender today, Friday, November 11. The Russian president suffered the greatest humiliation from him in the Ukraine conflict after being forced to withdraw his troops from Kherson. region.

Solovey, who claims Kremlin connections, was previously involved with the prestigious Moscow Institute of International Relations. He claimed that Russia had been told it could hold Crimea even if it had to be transformed into a demilitarized zone. In this case, the status of Crimea would not be discussed again until 2029.

A proposal discussed between Ukrainian leaders in Kyiv and Western officials was later passed to the Kremlin for consideration by Putin’s inner circle. As part of the surrender, Russia must also hand over all occupied territory in Ukraine. Solovey claimed that the proposal had received a positive reaction from the Russians, as reported by dailymail.es.

Ukrainian President Volodymyr Zelenskyy had previously argued that as long as Putin was in power, his government would never come to the negotiating table with Moscow. Last week, however, he issued a list of five conditions that must be met for peace talks to take place.

This sudden change is believed to have come as a result of increased pressure from Washington. Russia had reportedly been willing to sit down, with Gen. Mark Milley, the US chief of general staff, commenting earlier this week that there would be an “opportunity” for talks if the fighting ended during the winter.

Vladimir Putin has faced unprecedented criticism from the Russian media since Russian forces announced their withdrawal from Kherson. Videos posted on social media today show Ukrainian troops entering the formerly Russian-occupied city of Kherson and being greeted like heroes by jubilant locals.