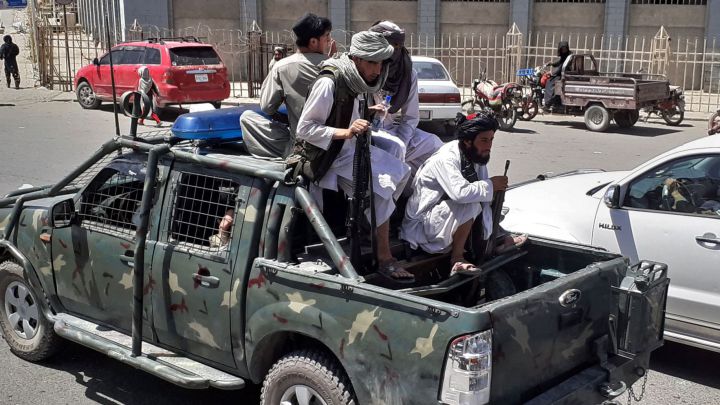 Who are the Taliban and what are their motives?

The Russian President, Vladimir Putinstated today that there is no doubt that Russia will achieve its objectives in its military campaign in Ukraineand assured that all the plans for it are being implemented.

In a meeting with the father of Vladimir Zhoga a Russian soldier who died on March 5 in Volnovaja in the region of Donetsk the president maintained that the “boys are fighting bravely, heroically, professionally.”

“All plans are being implemented. The result will be achieved, there is no doubt about it.” Putin assured after the traditional military parade in Red Square on the occasion of the 77th anniversary of the Soviet victory over Nazi Germany.

The president made these statements despite not yet having managed to take the Donbás After more than two months of military offensive in Ukraine.

“If there was a single opportunity to solve this (Donbas) problem by other peaceful means, we would, of course, take it, but they did not leave us this option, they simply did not give it,” said Putin.

Moments earlier in his speech on the occasion of the victory day Putin accused the West and NATO of having prepared an “invasion of Russia’s historical territories, including Crimea”, for which he had no choice but to carry out a “preemptive” attack on Ukraine.

The head of the Kremlin presented the father of the deceased soldier with the star of the Hero of Russia.

The father, for his part, also a military man, assured that the self-proclaimed republic of Donetsk recognized as an independent by Putin days before launching his military offensive in Ukraine, “will do everything possible to see the matter through to the end and win.”

“God grant that we no longer lose our loved ones and friends, that the price of this victory be less, but the victory will be ours,” he said, according to the Interfax agency.

Russia has not released figures for soldiers killed in Ukraine since March 25 when he estimated the dead in the so-called “special military operation” at 1,351 troops.

Later, on April 22, he admitted one dead and 27 missing in the sinking of the missile cruiser “Moskva”, until then the flagship of the Russian Black Sea Fleet.