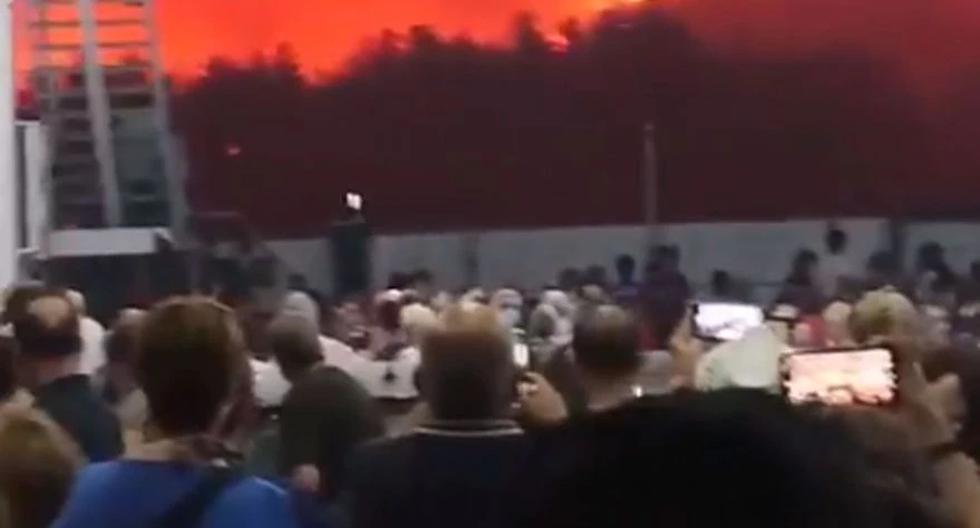 Greece on fire: the video of a dramatic evacuation as fire approaches Athens

The Turkish Government has summoned the United States Ambassador to the country, David Satterfield, as a sign of protest, after the American President, Joe Biden, publicly recognized as “genocide” the slaughter of Armenians at the hands of the Ottoman Empire during the First War. World Cup, a description that Turkey considers absolutely unacceptable.

The announcement has been made through the official Turkish news agency, Anatolia, and according to it, in the summons to the ambassador he was told “that this statement, devoid of historical and legal basis” was unacceptable as well as that “it was rejected by complete and strongly condemns. ”

Millions of Turks, Kurds and Armenians were killed between 1915 and 1922 in eastern Anatolia. Here’s a look at what happened pic.twitter.com/yd6a95xZwZ

Likewise, they have also indicated from Turkey “that the declaration is invalid in terms of International Law” and that “it also deeply hurts the Turkish people and causes a wound” between both countries “difficult to repair”. At the same time, the US Embassy and consulates in Turkey have announced that they will be closed on Monday and Tuesday as a “precautionary measure” against possible protests.

Ronald Reagan was the last US president to call the atrocities committed against Armenians genocide, in 1981 .  Decades later, it is President Biden who picks up the gauntlet and has made the official statement on the anniversary of the genocide, the most studied in the world after the Holocaust.

Armenia observed the country's 'Genocide Remembrance Day,' marking the beginning of the Ottoman Empire's deportations and killing of Armenians in 1915.

An estimated 1.5 million Armenians were killed more than 100 years ago. https://t.co/p05rtyrPRs pic.twitter.com/yH3A5KlPQ2

Armenian Prime Minister Nikol Pashinián has sent a letter to Biden “expressing his gratitude for the official recognition and condemnation of the Armenian genocide.”

” The recognition of the Armenian genocide is possible not only to pay tribute to the 1.5 million innocent victims, but also to prevent the repetition of such crimes”, can be read in the letter published on the Armenian Prime Minister’s website. “The recognition of the Armenian genocide by the United States is a very necessary message for the international community that reaffirms the primacy of Human Rights and values ​​in international relations,” he concluded.

Thank you, Mr President! Recognizing the Armenian genocide is a courageous and inspiring act.
It’s Important for the Armenian nation and for all those who seek justice worldwide.
It opens new prospects for US-Armenian 🇦🇲🤝🇺🇸relations.
It also makes this world a better place! pic.twitter.com/oX2lKnvhxi