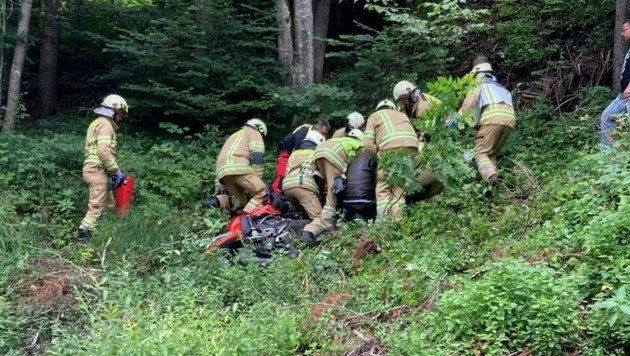 Motorcyclist (30) life-threateningly injured in an accident in Thiersee

British Prime Minister Liz Truss says he has made mistakes in communication about budget plans that have caused panic in the financial markets. In a TV interview with the BBC, she says she should have better prepared the public for what was to come. In the interview ahead of the Conservative party congress, she continued to defend the controversial budget.

Truss and Finance Minister Kwasi Kwarteng announced significant tax cuts more than a week ago, including the abolition of the tax rate for the highest wealth. At the same time, her cabinet is spending a lot on support because of the energy crisis. This has led to major concerns about public finances. The British pound fell to an all-time low last week and government bonds fell so hard that the Bank of England had to step in to prevent a crisis in pension funds.

But the prime minister told the BBC that he has full confidence in her plan, which should ensure higher economic growth. “I’m behind the package we announced, and the fact that we announced it quickly because we needed to act, but I recognize that we should have built a better foundation already.” She also added that the removal of the top tax rate, one of the most controversial measures, had not been discussed with the entire cabinet and was the responsibility of Kwarteng.

Investors and economists are critical, because it is not yet known how the United Kingdom will pay for the plan. The fear is that by borrowing large sums the government can boost inflation while the central bank wants to bring it down. The International Monetary Fund also warned that the plan could increase inequality.

In the interview, as in an earlier piece in The Sun, Truss insisted that ordinary Britons had a lot to do with measures to keep energy bills affordable. But she did not rule out cuts to public services and said she believes in “good value for money for taxpayers.”

The panic in the markets after the announcement of the so-called mini-budget was also prompted by the lack of an independent calculation by the Office for Budget Responsibility (OBR). There would have been no more time for that, she insisted. The OBR said earlier that it could provide a prognosis.

Members of Truss’s own Conservative party have already hinted that they will vote against the budget plans. Tory MP Michael Gove told the BBC she is “displaying the wrong values” by granting tax cuts to the wealthiest Britons while many people struggle with declining purchasing power.