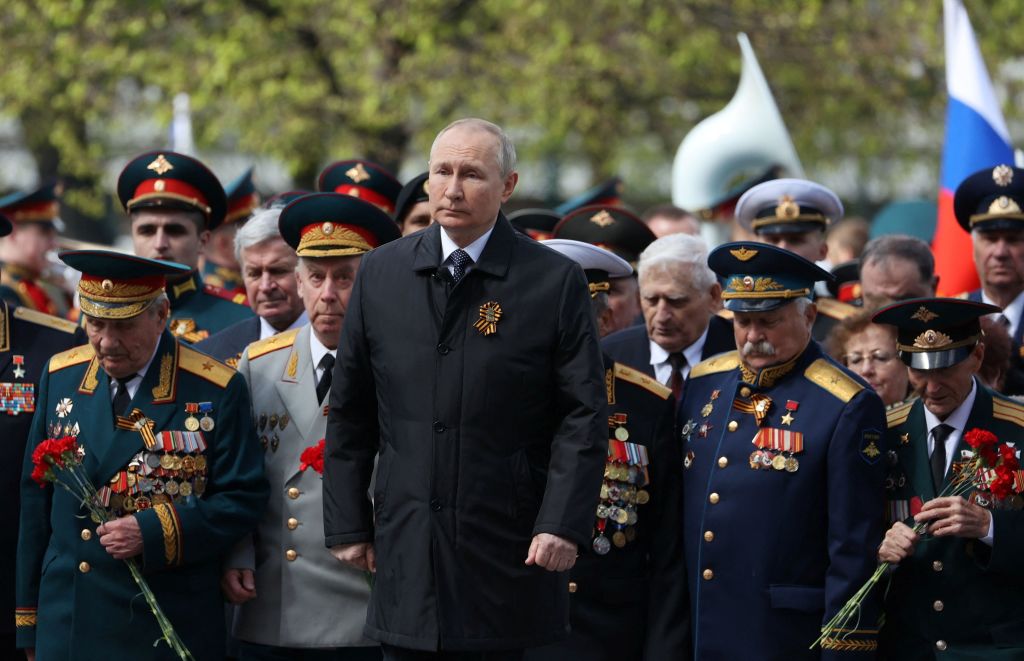 The main phrases of Vladimir Putin in his Victory Day speech

Thousands of protesters called by the alliance of Iraqi political parties opposed to the formation of the Shiite cleric Muqtada al Sadr gathered today near the Parliament, taken by his followers since Saturday, and They tried to advance towards the Legislative headquarters, but were repelled by the police.

A security source in Baghdad explained to Efe that the followers of the Coordination Framework, a coalition led by pro-Iranian Shiite parties, gathered in front of a bridge that gives access to the Green Zone, the fortified area of ​​the city where most of the of State institutions, including the Legislature, and embassies.

Some of the concentrates began to install tents with the apparent objective of carrying out an indefinite camp and others tried to tear down the barriers that prevented their access to the Green Zone, for which the agents had to use water cannons to stop them.

The Coordination Framework called the demonstration to show its rejection of the occupation of Parliament by thousands of Sadrists, who on Saturday stormed the Legislative headquarters for the second time to prevent the vote to elect a president (previous step to the formation of Government ) proposed by that alliance and settled in it indefinitely.

The Iraqi government had ordered increased security in the Green Zone for fear of clashes between the occupants of Parliament and the demonstrators.

Meanwhile, a leader of the Sadrist movement told Efe that other demonstrations have also begun in other provinces of the country, such as Babylon, Basra, Muzana, Karbala, Nasiriya, Misan, Diwaniya (south of Baghdad) and Diaya (in the east), in response to the call made by Al Sadr to support the seizure of Parliament.

The cleric and political leader on Sunday urged his followers to continue with the occupation, which he described as a “spontaneous and peaceful revolution,” in order to achieve political, constitutional and electoral reforms, and asked for the support of other sectors of the population.