500 elements of the National Guard arrive in Tijuana

“On India there is not much hope. The covid-19 seems unstoppable. People are afraid. They fear that their loved ones will die because there is not the most basic thing for them to treat, such as oxygen, ”Mexican Nayelly Rodríguez Cortés tells BBC Mundo.

Rodríguez, 29, converted to Islam 11 years ago in his native Guadalajara. Later she met her husband Feroz Khan, with whom she has 3 children, ages 8, 6 and 3.

They have lived for 6 years in Ghaziabad, in the north of the country, 45 kilometers from New Delhi.

Last Thursday, after presenting symptoms of covid-19 -including a cough, body aches and fever-, his test came back positive. A couple of days later the same thing happened with her husband and children.

“I don’t know how I got it, we had already been locked up for several days, I went out just to get food for my children, always wearing masks and keeping my distance,” says Nana, as she is known colloquially.

Shortage of beds and oxygen

She assures that she is not so afraid for her and her family, but accepts that when she walks to do something at home, she is short of breath.

“I don’t know how I got it, we had already been locked up for several days, I only went out for food for my children, always wearing masks and keeping my distance,” says Nana. (Courtesy).

“That is the great uncertainty that we have in our house and all the sick people in India. What do we do if our symptoms get worse? Are we going to be able to get the basics, like oxygen or a bed in the hospital?

India has set new world records for new covid-19 infections, reaching nearly 400,000 in one day and is facing a severe shortage of hospital beds as well as medical oxygen tanks.

“It is very difficult to get a tank. And some are profiting: they are selling them for up to $ 1,000, a figure that is inaccessible to most, especially after people have been left without a job and without a way to have money ”.

He says that in the group of buildings where he lives, and from what he hears on the news, what happened to his family is what is happening in the country: entire families get sick. 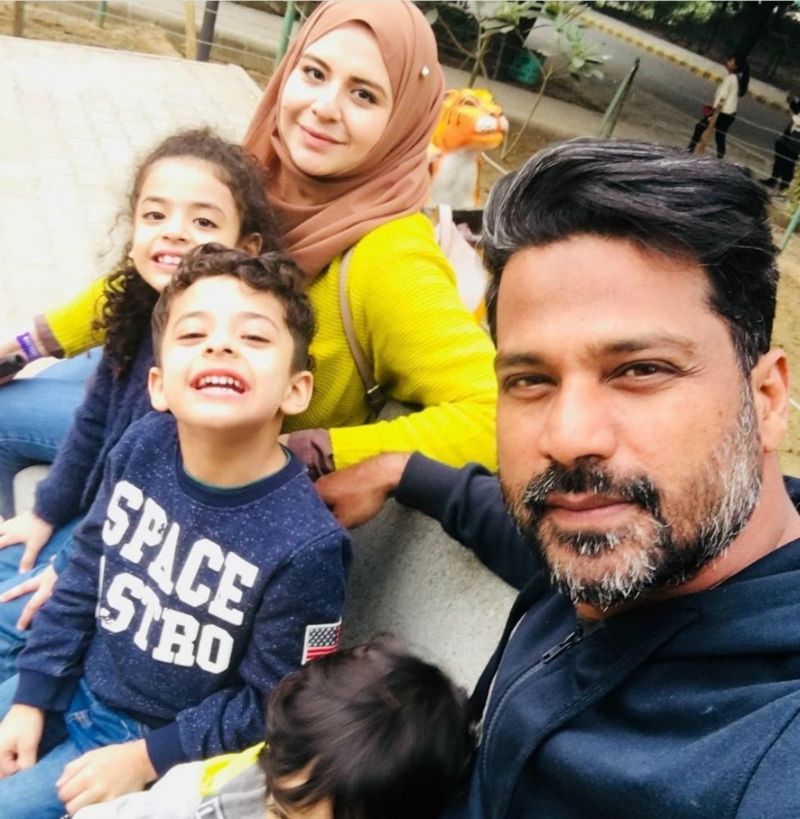 “There are many, many infected, the cases increase exponentially. Every day we hear from more and more people. This doesn’t look like a wave, it looks like a tsunami ”.

Nana says that more and more people are also known to have died from covid, including the parents of a neighbor.

“And a case that shocked me a lot is that in the buildings where I live, two weeks ago, a boy of just 8 years old fainted in the park and died before reaching the hospital. There they told their parents that it was because of the virus ”.

With more than 19 million registered cases, India is the second country with the most infections, only after the United States.

So far it has reported almost 212,000 deaths, but it is believed that this figure will increase a lot in the coming days due to this new strong onslaught of the virus and due to media suspicions that not all deaths have been reported.

Nana says that few cases were heard in February, that people began to relax and lead a more normal life, including attending massive religious festivals, and that in part that helped the spread of the virus. A variant of covid-19 circulates in the country of which not much is known yet. 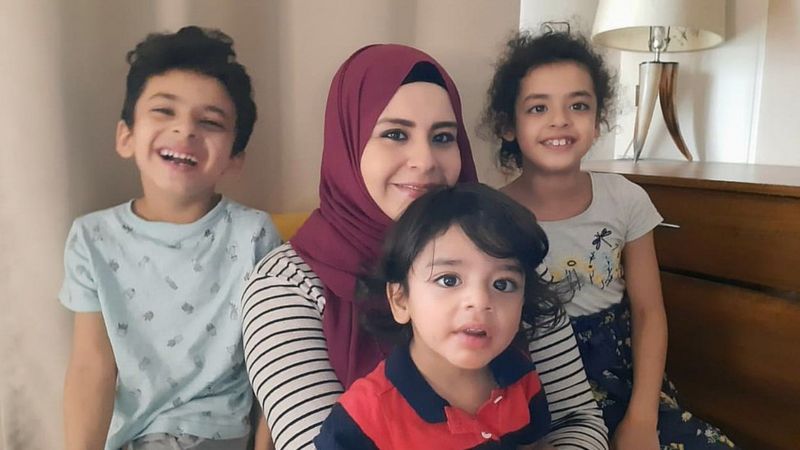 Nana and her husband have three children, ages 8, 6 and 3. (Courtesy).

Photographs and videos circulate around the world showing crematoria with many pyres that do not stop burning and lines of bodies that wait up to 20 hours to be cremated.

The newspaper The Hindu caused a stir with news that the body of a man waiting his turn was partially eaten by a stray dog.

Places such as parks and parking lots have also been set up for cremations.

In Delhi, a crematorium that had been created to incinerate pets, but had not yet come into operation, is being used for people.

“When Muslims die we cannot be cremated, but buried. But the pantheons are also already full ”, he says. 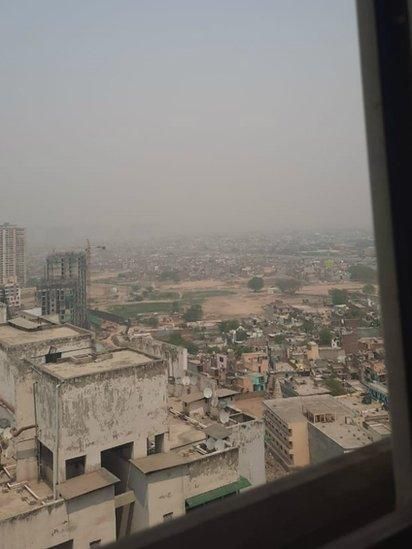 Nana’s only connection to the outside for now is the window of her house. (Courtesy).

Nana says that she has seen a large increase in infections compared to the first wave of coronavirus in 2021.

At that time, she documented on her YouTube channel how she went out to help the exodus of migrant workers who were returning to their towns and villages. They were given water and food so that they could continue walking since the trains and buses were canceled.

“Lots of people live from day to day and have lost their jobs. They are in a desperate situation. So migrants from other states again left the city and they went to their places of origin, so as not to die of hunger. Although, also there they can die because there is less medical infrastructure ”.

For now Delhi and other cities are in lockdown. The only businesses open are food or medicine. She lives on the 26th floor of a building and your only connection to the outside is your window. “From there I see the road and the streets. They are deserted. There are no people. Very few cars pass, ”he says.

Her family in Mexico is worried about her and about the situation in India. “They are afraid that we will get serious. They would like to come and help us, but they cannot, we are more than a day by plane away and right now it is almost impossible to travel ”. 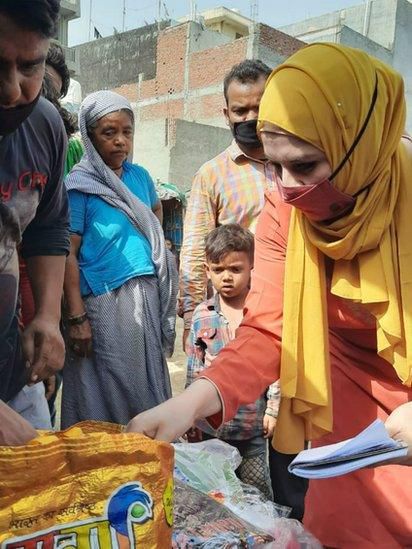 The only businesses open for now in Delhi are food or medicine. (Courtesy).

The United States announced that it will restrict travel to India starting next week. Australia has banned all flights to India and banned its citizens from returning from that country, announcing that they would be punished with fines and up to 5 years in jail.

In India there was hope in vaccines, being the first producer worldwide. However, several states – some of the most affected by the covid – have reported a lack of vaccines.

So far only 150 million doses have been applied in a population of 1.3 billion. For now, India has stopped AstraZeneca exports to vaccinate its citizens.

“For now our hope is that help will arrive from other countries. People are dying not only from the virus, but from lack of essentials to treat it. We don’t know how he can stop this, ”Nana laments.