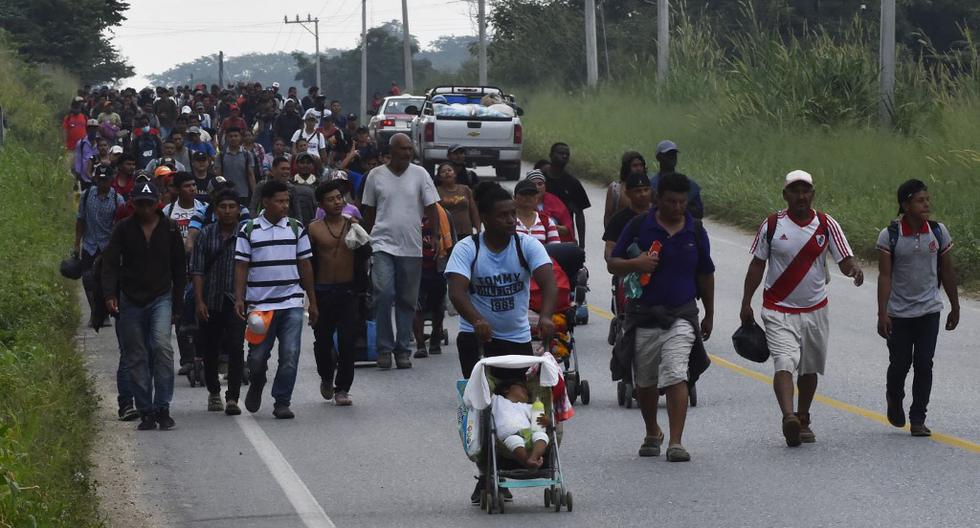 The Angels.- Agents from the United States Customs and Border Protection (CBP) rescued two 5 and 6-year-old siblings who were left by human smugglers in a rocky area on the border between California (US) and Mexico, reported the eastern agency. Tuesday.

The incident occurred on Monday at approximately 3 p.m. local time in California, when CBP agents saw a man and a woman walking with the two children hand in hand in the area of ​​Jacumba, California.

In that area the metal fence on the border is interrupted by large rocks and the side of a mountain. The two traffickers left the children on the rocks and fled to Mexican territory, the CBP statement said.

Officers arrived in the area and rescued the two children, a six-year-old boy and a five-year-old girl, who were unable to communicate with the officers except to give their names.

The minors were transported to a nearby CBP station for care and processing. At that place, the children gave the officers a handwritten note with the mother’s name and phone number.

The siblings also had their mother’s name and phone numbers written with a marker on their forearms, CBP added.

Officers contacted the mother and were able to obtain additional information about the children, who were processed and taken into the custody of the Department of Health and Human Services (HHS).

The rescue of the two children comes a week after a CBP video was revealed in which a man drops two girls of Ecuadorian origin, ages 3 and 5, from the top of the border wall, which He is 14 feet tall (4.2 meters). The girls were rescued by border agents.

Last Saturday, a video of a boy asking for help in an area of ​​southern Texas was also leaked. In the video, the boy, about 10 years old, says that “he came with a group … and in the end they dumped me and came to ask for help.”

“It is inconceivable that someone would abandon these young children. Those responsible for smuggling events like this will be aggressively prosecuted, “warned CBP San Diego, California chief Aaron Heitke.

The Administration of President Joe Biden is faced with an avalanche of unaccompanied migrant minors. According to the most recent data, there are 4,231 children in the custody of CBP and 15,193 in the care of HHS.