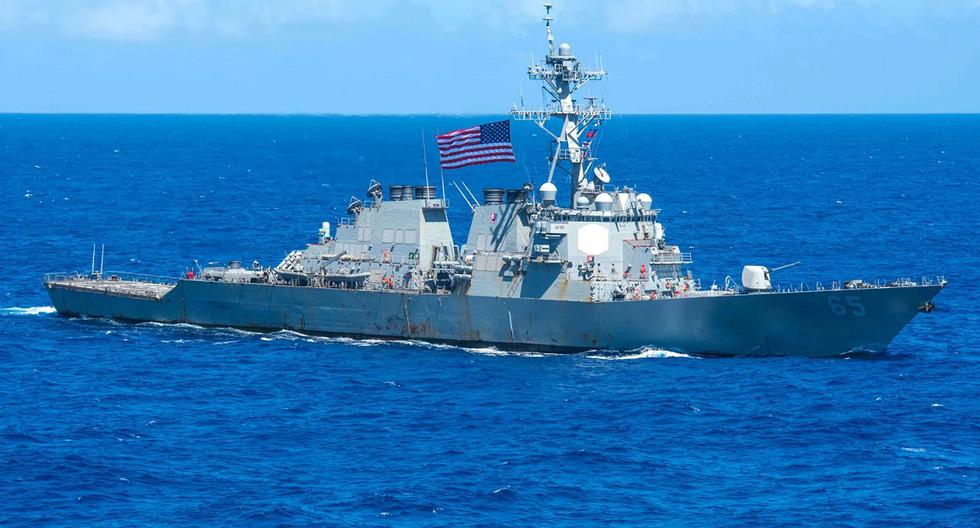 China on the US: “creates security risks” when sailing through the Taiwan Strait

The director general of the IAEA, the UN atomic agency, Rafael Grossi, met this Wednesday in Istanbul with senior Russian officials to discuss a possible inspection of the Ukrainian nuclear power plant in Zaporizhia, occupied by Russia since last March and subjected to bombing that threaten to cause a nuclear disaster.

“Important technical discussions today in Istanbul on an imminent IAEA mission to the Ukrainian nuclear plant in Zaporizhia,” the head of the International Atomic Energy Agency (IAEA) announced on the social network Twitter.

The message is accompanied by a photo showing Grossi, and two other top IAEA officials meeting with a Russian delegation led by Alexei Likhachev, the head of Rosatom, Russia’s state-owned nuclear power company.

The director general of the IAEA has been warning for months of the risk posed by Russia’s occupation of the Zaporizhia plant, the largest nuclear power plant in Europe, with six reactors.

The situation has worsened with the recent bombings in the vicinity of the plant, of which Russia and Ukraine accuse each other.

The IAEA assured last night in a statement that Ukraine has informed it that the explosions recorded last weekend have caused “additional damage” in the vicinity of the plant.

Grossi again warned of “the serious nuclear security and protection risks facing the facility” and highlighted the urgent need for a group of IAEA experts to visit the plant as soon as possible.

“These incidents show why the IAEA must be able to send a mission to the Zaporizhia nuclear power plant very soon. I continue to consult very actively and intensively with all parties so that this vital IAEA mission can take place without further delay,” Grossi said in that note, without reference to today’s meeting in Istanbul.

Russia, for its part, confirmed today that it shares the IAEA’s intention to carry out such a mission in the near future, as soon as the military situation on the ground allows.

In a statement, Rosatom emphasized the priority task of ensuring the safety of nuclear facilities in Russia and Ukraine following the attacks on the Zaporizhia plant by Ukrainian armed groups.

In addition, he speaks in the note of alleged sabotage actions against the Russian nuclear power plant in Kursk, located about 150 kilometers from the Ukrainian border.

In this regard, he emphasized that the safety of nuclear facilities, wherever they are, has always been and remains an absolute priority for Russia.