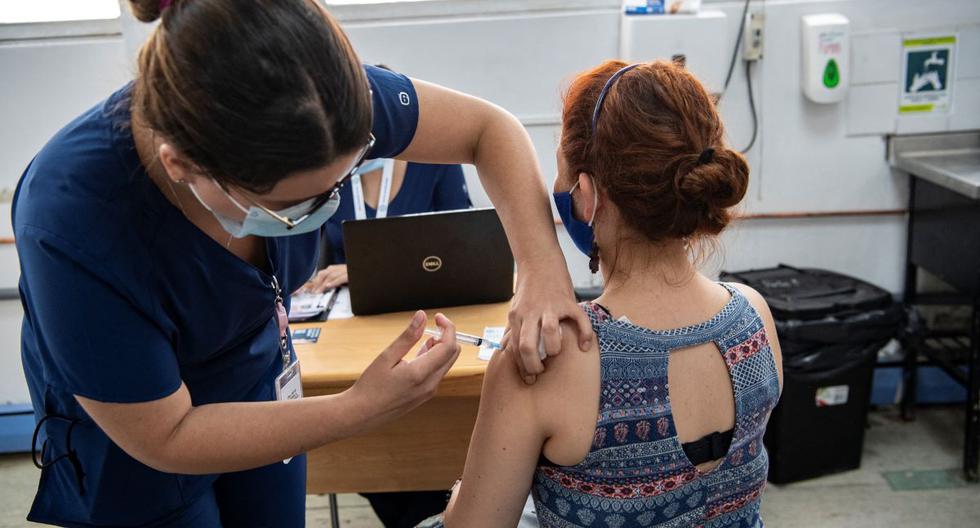 Chile exceeds 4 million vaccinated against the coronavirus, 21% of its total population

The Antonov cargo plane, owned by the Ukrainian company Meridian Ltd, crashed this Saturday near the Greek city of Kavala while en route to Bangladesh for a shipment of some eleven tons of Serbian weapons. The entire crew, made up of eight Ukrainian citizens, died in the incident.

Plumes of smoke and debris scattered in fields near the northern Greek city of Kavala form part of the scene left by the crash of a Ukrainian-owned Antonov An-12 plane. All its occupants, eight Ukrainian citizens, lost their lives in the incident, as confirmed by the Ministry of Foreign Affairs of Ukraine. The Soviet-made turboprop aircraft was operated by Ukraine-based Meridian Ltd and flew from Serbia to Bangladesh via Jordan. According to Greek Civil Aviation, the pilot had requested authorization to make an emergency landing, due to an engine problem. So, he was given the option of getting off at Thessaloniki or Kavala airports. He opted for Kavala, being closer. However, he never made it.

Communication with the control tower ceased almost immediately afterwards. The device crashed about 40 kilometers west of the air terminal. The plane was already on fire before crashing and exploding on impact in cornfields around midnight Saturday to Sunday local time, as described by people near the crash site.

“The plane was carrying 11.5 tons of products made by our defense industry. The buyer was the Bangladesh Ministry of Defense,” Stefanovic said.

The official added that the cargo was owned by the Serbian company Valir, a company registered to carry out foreign trade activities in weapons, military equipment and other defense products. A source from Jordan’s Civil Aviation regulatory commission denied initial reports that the plane was headed for that country. The state news agency Petra clarified that the flight itinerary only had one stopover to refuel, specifically at Jordan’s Queen Alia International Airport, at 9:30 p.m. local time.

Likewise, the Serbian Defense Minister clarified that the aircraft was also scheduled to stop in Riyadh (Saudi Arabia) and Ahmedabad (India), before heading to the Bangladeshi capital Dhaka.

“This is not related to Ukraine or Russia,” Meridian CEO Denys Bogdanovych told Reuters, confirming the Serbian authorities’ account. The special disaster response unit and experts from the Greek Army were dispatched to the crash site, while local authorities banned people from moving in the area.

“The aircraft crashed about two kilometers from an inhabited area,” said Filippos Anastassiadis, mayor of the Paggaio municipality.

As a precautionary measure, due to a strong odor emanating from the place, a coordination made up of municipal, police and fire officials asked the inhabitants of two nearby towns to keep their windows closed, not leave their homes and wear masks. Two firefighters were taken to the hospital in the early hours of this Sunday, July 17, due to respiratory problems, due to toxic gases.