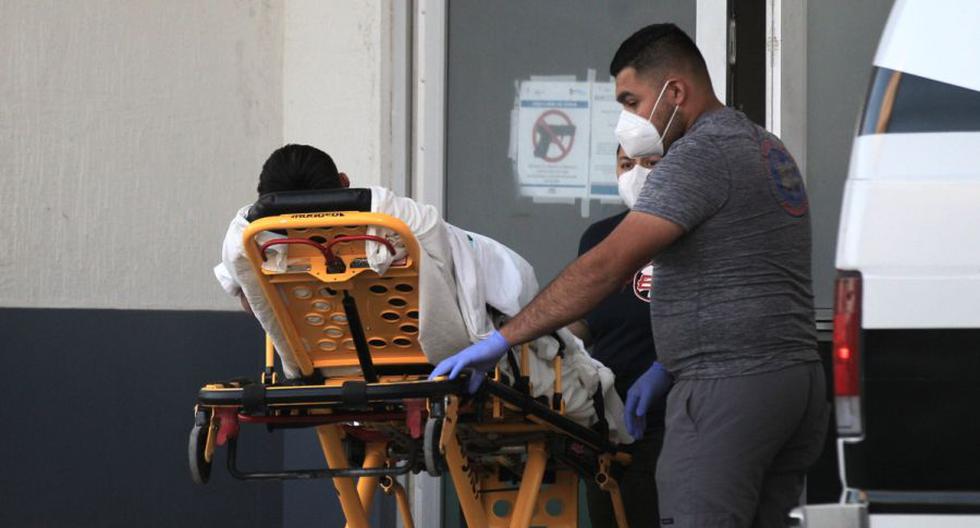 Nearly two years after the huge explosion in Beirut, many residents have been reliving the trauma for weeks due to a persistent fire in the ruins of the city’s port silos, the omnipresent symbol of the tragedy, now in danger of total collapse amid attempts by the families of the victims to preserve them.

The silos housed most of Lebanon’s grain reserves from the 1970s until August 4, 2020, when hundreds of tons of ammonium nitrate exploded in a port warehouse located just meters from this prominent mole, taking away more than 200 lives and entire neighborhoods of the capital.

The remains of the huge barns, which helped shelter the western part of Beirut from the blast wave, have become a permanent reminder of the disaster visible from much of the city and also a symbol of it for being the only structure that was left partially standing at ground zero.

A SYMBOL ON FIRE

For more than two weeks, a fire has been active in the ruins of the silos due to the fermentation of the remains of the wheat stored there before the explosion, at times raising high columns of black smoke over the port and awakening memories of the fire that preceded the deflagration in 2020.

The authorities have carried out a couple of unsuccessful attempts at extinction, but insist that there is little they can do.

According to the official version, pouring water would favor the fermentation process of the grain by creating more humidity, while trying to remove the 3,000 tons of wheat and corn still present in the silos would be too dangerous for the teams due to the threat of collapse.

The prolonged exposure to the fire yesterday caused the collapse of a piece of the northern part of the structure, which consequently vomited a dense cloud of brown dust, while a total collapse is feared in the near future.

The Environment Minister, Nasser Yassin, had already warned last week of a significant increase in the speed at which the north face was tilting, based on information obtained through sensors.

Faced with the possibility of a total or partial collapse, the Ministries of Health and the Environment issued a detailed action guide a few days ago warning citizens that, in the event of such an eventuality, they should “immediately” evacuate the areas within a radius of 500 meters from the silos.

Cécile Roukoz, who lost her brother in the explosion, blames the authorities for their inaction in dealing with the fire and the resulting increased danger of collapse.

Since last April the Lebanese Council of Ministers approved the demolition of the barns due to the threat of collapse to which they were already exposed then and the high cost of repairing them, relatives of the victims and civil society groups have called for preserving them as element of collective memory.

With the start of the fires, the Government paused the implementation of the measure.

“We want those silos as a memorial for our victims, because they were killed and we have to preserve a memorial for them,” Roukoz told Efe during a recent protest organized by the Solidarity Campaign for the Protection of the Silos in the Port of Beirut.

His brother lost his life in the silos themselves, “inside the port”, he explained in the vicinity of Parliament, where a group of people gathered to ask for the approval of two bills aimed at protecting the ruins of the granaries, “the silent witness”, as they called him on his banner.

The ammonium nitrate that exploded in 2020 had been stored in the port for years without security measures and several top leaders acknowledged that they knew of its existence, while the investigation of the tragedy remains deadlocked due to the obstruction of a series of high-ranking suspects. of negligence in the case.

“They want to demolish the silos to erase their crime and we will not allow them to do so,” Roukoz said.

Elvia Saghbini, from the Noun women’s group, formed after the tragedy, recalled in statements to Efe that the judge in charge of the investigation assured that he no longer needs to have access to them to carry out his investigative work.

A few meters from the protest, a piece of paper eaten away by rust and the passage of two winters reads on a facade “My Government killed my people.”