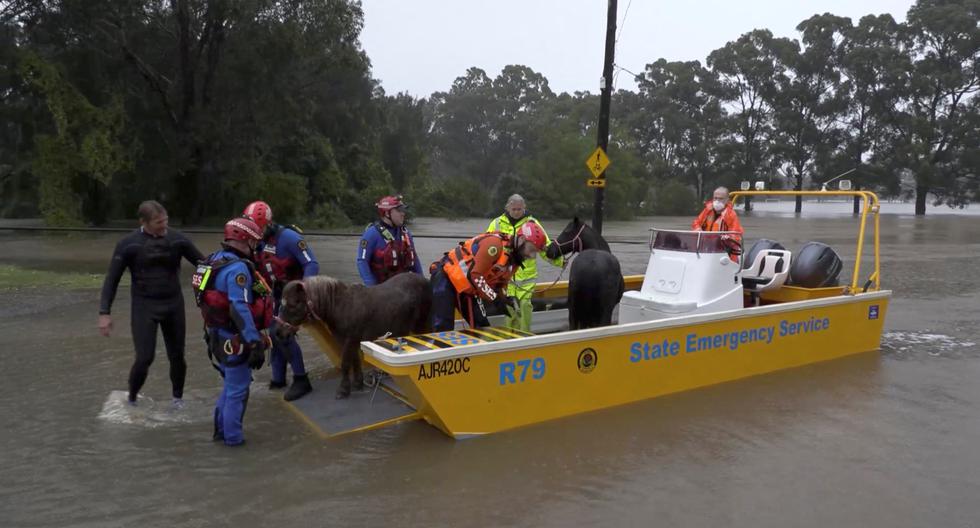 Australia orders thousands to evacuate due to flooding in Sydney

The work stoppage supported by some 2,000 stevedores from the English port of Felixtowe, where a large part of the national container traffic is managed, enters its fourth day this Wednesday with no sign of being resolved and with prospects of extending until Christmas.

The strike that began on Sunday and that will last, in principle, eight days, joins identical measures adopted in recent weeks in other sectors of the United Kingdom as a rejection of insufficient working conditions, more taking into account the context of crisis due to the vertiginous increase in the cost of living.

The general secretary of the Unite union -which groups the union-, Sharon Graham, warned today in several interviews with local media from the port that the situation “will escalate” unless the wage offer to workers is improved, and warned that the measure could be maintained until the end of December.

Graham lamented that the alterations in the port “are not necessary” but that they could be settled “if the bosses pay the 10% increase” in wages,” and stressed that while they obtain “multimillion-dollar benefits, they ask these workers for a pay cut “.

She also noted that those employees could be given “a 50% pay raise and still be on benefits.”

“It’s absolutely frightening,” said the union leader, who remarked that the union will not hesitate to “intensify this dispute unless that revised offer is made.”

Unite is demanding a higher hike than the one offered – 7% – taking into account that year-on-year inflation has reached 10.1%, the highest figure in more than 40 years and is expected to rise even more.

Other port employees today confirmed their willingness to continue the strike for as long as necessary to achieve their goals, at a time when households face increases of more than double their energy bills.

In contrast, a spokeswoman for the port assured local media that many of its workers “feel cheated by United, many want to work and are angry because they were not allowed to vote on the company’s latest offer.”

The strike at Felixtowe, the first called by that port in the county of Suffolk (southeast of England) since 1989, will last until the 29th and, in addition to blocking its activity, has a notable impact on national trade.

In Scotland, a strike by garbage collectors in several municipalities in the region, who are demanding better wages, has left the streets full of containers overflowing with garbage bags.

United, which also represents these workers, consider the 5% salary increase offer insufficient, so they will not suspend the measure until the 30th in Edinburgh and 14 Scottish municipalities.

Cindy McDonald, who has a kiosk in Edinburgh, told Efe today that this situation is not “good for business”, although she supports her strike, while she does not rule out closing her business next week if the strike keep going.

For his part, Neil Mackay, a city resident, expressed, instead, his discrepancy with the union, considering that the strike is “ridiculous” and that “it is not understood that it is done at a time like this” .

Unite maintains that the salary proposal “will not have the same value in a matter of months” due to the cost of living crisis, and warns that this dispute “could escalate in the winter months.”

For its part, the country’s Federation of Trade Unions -TUC- is now demanding that the minimum wage be raised to £15 (17.5 euros) per hour as soon as possible in order to help millions of low-wage workers with the unemployment crisis. cost of living