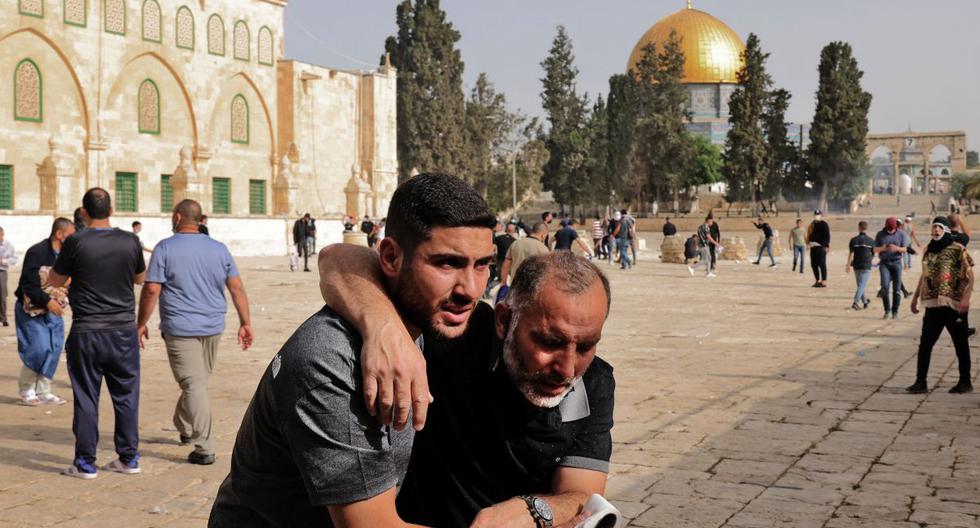 The moment in which youth representatives rose from the negotiating table with the mayor of Cali, Jorge Iván Ospina, was recorded on video. This, apparently, after it became known that while both groups were in dialogue, there were also attacks against protesters in that city.

The dialogues, which were taking place in the María Isabel Urrutia Coliseum to the east of the city, were interrupted after the entry of a group of hooded men to the place, who informed the representatives of the students about alleged interventions by the public force in various sectors representative of the strike, such as La Luna.

In the recording you can hear as one of the representatives of the students gives the order to withdraw after noting that there is no agreement on any point and that “they are firing.” in various parts of the city, to later call Mayor Ospina “murderer, treacherous.” “You promise one thing and do another,” said another protester as representatives of the local administration ask where these attacks are taking place.

The situation forced both the president and other representatives of the national government, such as the interior minister, Daniel Palacios, Lina Arbeláez, director of the ICBF, and Susana Correa, director of the Department for Social Prosperity, will also leave the premises.

Minutes later, the head of the Interior Ministry declared that, “They say that they are making interventions in some specific areas of Cali, such as La Luna and that is not true, being present I had the opportunity to call the deputy director of the police and make sure that it was not happening”.

The events are recorded after Mayor Ospina reported that, since last April 28, they have been presented in Cali 45 violent deaths and 451 injuries, 94 percent of which have already been discharged from health institutions. The remaining 6 percent received serious injuries.

“They summoned us here to assassinate the boys at the points”, continued to sentence the protesters while they chased Ospina outside the Coliseum in a series of confusing events about which the mayor of Cali has not offered any type of direct statement. From the city’s Security Secretariat, however, they did point out that “This Thursday, May 13, there were no disturbances, while a dialogue table was held in eastern Cali between Mayor Jorge Iván Ospina and the leaders of the blockades that persist in the city ”.

According to the local administration, what happened was that unscrupulous people decided to broadcast videos recorded between April 28 and May 1 in Cali as if they were live broadcasts. “Leaders of the demonstrations, who appear in these video pieces, have denied that they are new recordings”, added that dependence, inviting to corroborate the information that circulates in networks through reliable channels.

In a subsequent press conference, Minister Palacios He reiterated “today the table was moving forward, it is undoubtedly a very great advance to be able to sit today with those guys who are part of the front line … what we wanted was to listen to them. I want to make it absolutely clear that I was accompanying the United Nations, the Ombudsman’s Office and the Attorney General’s Office. We regret that misinformation generates those moments of tension ”.

“Once again, the invitation for there to be no violence from anywhere. From no point of view can we accept violence, but at the same time the invitation to lift those blockades that affect the rights of all Colombians, ”the official insisted.

Through a message posted on his Twitter account, he later added that, “As a government we will continue working to build communication bridges to listen to the youth of Cali and the country. LWe grow misinformation that seeks to sow fear and chaos. We reject violence and blockades that affect the rights of citizens “