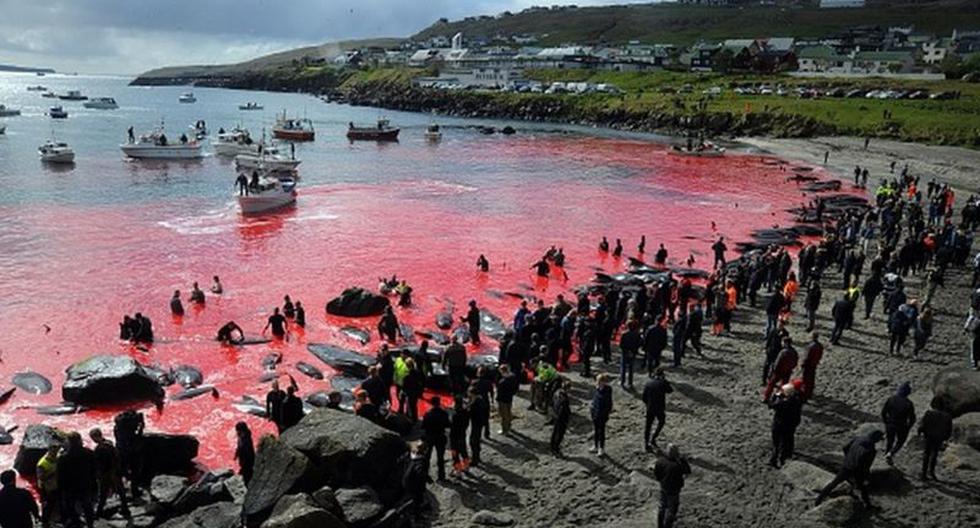 Faroe Islands: Anger over killing of 1,400 dolphins in one day

Palau, a small and remote island nation of more than 18,000 people located in the South Pacific, has vaccinated more than 99 percent of its target population against the coronavirus covid-19, according to data released this Thursday.

The International Federation of Red Cross and Red Crescent Societies (IFRC) highlighted in a statement that, according to official statistics, this tiny country would be the nation with the highest inoculation rate against the new coronavirus.

After Palau They would find the Cook Islands, another island nation in the South Pacific of more than 17,500 inhabitants, which has administered the complete serum regimen against covid-19 to 96 percent of its target population.

Palau, with less than ten accumulated cases of covid-19 since the start of the pandemic, and the Cook Islands, one of the few countries in the world free from coronavirusThey rely heavily on international cooperation, while their tourism-dependent economies have been hit hard by border closures.

“It is important to celebrate the success of having achieved high immunization rates in several Pacific countries”stressed the head of the IFCR in the Pacific, Katie Greenwood, in a statement in which she added the importance of strengthening confidence in vaccines against covid-19.

In contrast, countries like the Solomon Islands and Kiribati have vaccinated only 10 percent of their population, while in Papua New Guinea, the rate is less than 1 percent.

Papua New Guinea, with more than 9 million inhabitants and an average of 300 local covid-19 infections per day in 2021, has received vaccines through the COVAX initiative, and donated by New Zealand and Australia.

However, this impoverished country where superstitions continue to be deeply rooted in society has had to re-donate the doses it had as it was unable to administer them to its inhabitants or distribute them throughout this rugged nation.