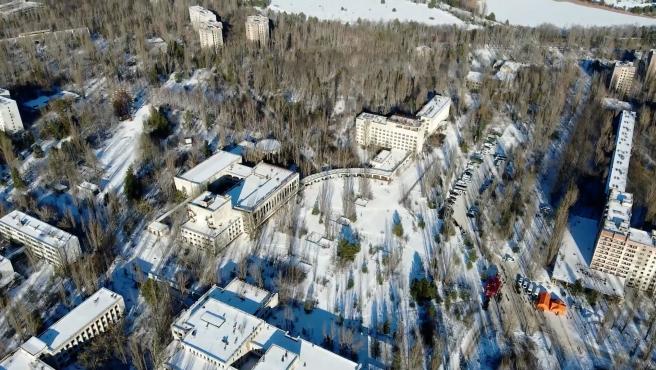 Elizabeth II, deceased after 70 years of reign, receives her last goodbye, in the presence of some 2,000 people, including leaders from around the world, before being buried privately in Windsor.

The funeral chapel of Elizabeth II, who died on September 8, concluded in the Westminster Hall, the oldest part of the British Parliament, putting an end to the kilometric queue, which snaked through the center of London, on the banks of the River Thames.

Thousands of people passed, after waiting in line for more than 24 hours, through the enclosure where the sovereign’s coffin was installed, covered with the royal standard, the imperial crown, the orb; piece that represents the Christian world, and the gold scepter, a symbol of power, and which has been guarded by the royal guard.

The four children of Isabel II, King Carlos III and his three brothers, Ana, Andrés and Eduardo, held a vigil on Friday night. On Saturday, the queen’s grandchildren, princes William and Harry (sons of the king), did the same; Mark Phillips and Zara Tindall (Princess Anne’s children); Princesses Beatrice and Eugenie (daughters of Prince Andrew), and Louise and James Montbatten-Windsor (sons of Prince Edward).

The queen’s state funeral, billed as “the funeral of the century”, began this Monday, September 19, at 11:00 local time (10:00 GMT) in Westminster Abbey, after the funeral procession, followed by foot by the new King Carlos III and other members of the British royal family, arrived, from the Hall of Westminster, to the religious temple in the center of London.

The biggest security “challenge” for the UK

After 10 days of national mourning, tributes and rituals of great pomp, some 2,000 people, including hundreds of dignitaries and monarchs, attend the religious ceremony in Westminster Abbey.

From US President Joe Biden to Brazilian Jair Bolsonaro, to the king and queen of Spain -Felipe and Letizia, as well as the emeritus, Juan Carlos and Sofía-, to Emperor Naruhito of Japan, some 500 political leaders and monarchs were invited to a ceremony converted in the biggest security “challenge” for the United Kingdom.

Pope Francis, who is not in attendance, is represented by Vatican Secretary for Relations with States Paul Gallagher. The Dean of Westminster, David Hoyle, leads the service and the Archbishop of Canterbury, Justin Welby, spiritual leader of the Anglican Church, delivers the sermon.

The imposing gothic church in central London cannot accommodate the throngs of Britons eager to see their queen to the end. So many spent one or more nights in the open air, to reserve a seat in the front row of The Mall, the avenue that leads to Buckingham Palace and from there to Wellington Arch, in Hyde Park Corner, where the coffin will be taken. again in procession after the religious service.

The oldest queen in the United Kingdom died at the age of 96, shocking the country and the world, despite the fact that her health had been worsening for months. Symbol of an era of great changes, Elizabeth II came to the throne in 1952, in a United Kingdom still plunged into the post-world war, and she left in 2022 from the post-pandemic and Brexit.

Her eldest son, 73 years old, succeeded her as Carlos III. Until now one of the least appreciated members of the British royal family, his popularity has risen in recent days.

Following the service in Westminster, the coffin will be carried on an artillery cart through central London to Wellington Arch, where it will be loaded into a hearse for its journey to Windsor, some 40km to the west.

There, he will go to the Saint George Chapel, scene of the last royal weddings, where another religious service will be held with 800 guests, including castle employees. In a last private ceremony reserved for her closest relatives, the queen will be buried in the “George VI Memorial”, where her parents and her sister Margarita rest.

The remains of her husband, Prince Philip, will be buried next to her, moving them from the royal crypt, where they have rested since her death in April 2021 at almost 100 years old.