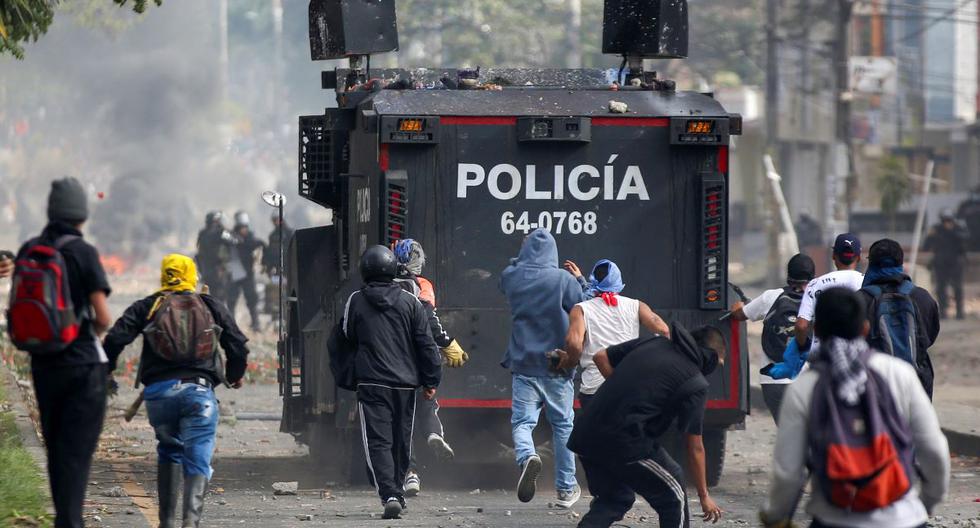 Colombia: Another man dies in a day of protests and riots against the government in Popayán

The French Government intends to stop the thermal waste of poorly insulated houses through the so-called “energy screening” of rental homes that consume excess energy and in parallel has launched measures to alleviate the inflationary spiral in the real estate market .

“Energetic” or “thermal wasteful” dwellings that consume more than 450 kilowatt hours per square meter per year (label G of the energy diagnosis) will not be able to be rented in France from January 1, 2023.

“The housing market is in the process of changing and renewing itself,” the legal director of the National Agency for Information on Housing (ANIL), Louis du Merle, explains to EFE, referring to an aspect of the climate law that It will fully affect the sector from next year.

12.9% of the houses offered on seLoger in 2022, a well-known real estate ad page, are “thermal wasteful”, and its managers have calculated that in France they represent 10% of the total (between 4.9 and 7 million a total park of 29 million).

“In a context in which prices are rising, especially energy prices, limiting energy consumption to heat the home is a measure that can improve the purchasing power of the French,” says the legal manager of this entity, whose mission to advise the public.

20% OF FRENCH PEOPLE ARE COLD AT HOME

20% of French people have been cold in their home during the winter due to lack of economic resources or due to poor insulation of the home, according to government data.

This problem has worsened in the last year due to the rise in electricity and gas prices due in particular to the tension over Russian gas supplies. Although the Executive has limited this increase for private customers.

To avoid thermal waste, the landlords of houses with a poor energy rating (label G) will be obliged to carry out works to insulate them correctly or they will have to withdraw them from the market when they renew their contracts.

Tenants will be able to legally force the landlord to make reforms if it is an ‘energy-eating’ home from the entry into force of the law in January 2023.

These works can be expensive for the owners, and the Government is planning to give them advice and financial aid to carry out the necessary works because the risk is that part of the real estate park will be withdrawn from the market, and that would put more upward pressure on rents.

This year, 3.2 billion euros of public funds will be dedicated to the renovation of private homes, in an attempt to transform those that are classified in group G.

This situation can increase the “tough competition” when looking for a house in large cities such as Paris, where there is a shortage of rental housing supply. “In this context of a tense market, we can see difficulties for some tenants who do not have enough resources to pay the rent” comments du Merle.

He also recalls that there are resources accessible to people with low incomes, such as social housing that can help improve this precarious situation.

An issue that also worries legal experts is the impact of inflation on the French real estate market: “Landlords each year have the possibility of increasing the rent due to inflation,” says Du Merle.

But he points out that many of them do not do it to maintain good relations with tenants or because of the complexity of the process.

To avoid these dreaded price increases that affect purchasing power, on the 16th a law came into force that has set a cap of 3.5% on the increase that landlords can apply to tenants of both homes and businesses.