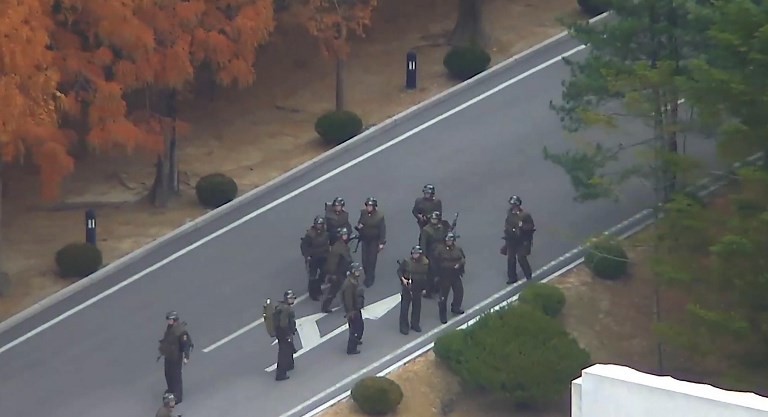 In her small apartment in St. Petersburg, artist Elena Osipova, 76, shows me the posters she has made against the war.

In one he wrote: “Putin is war. We don’t want to die for Putin.”

Another represents the president of Russia as the devil, with the horns of Satan.

Elena tells me that after the Russian attack on Ukraine she was so dismayed he did not eat for three days. Then, filled with anger, she took to the streets to protest.

A small crowd had applauded her, chanting, “No war!”

Shortly after, two policemen took Elena by the arms and took her away.

The police have not yet returned one of his posters. She describes to me what she was like: “I had been given some red tulips, beautiful young flowers. But very quickly they died and withered. They reminded me of young people who fall into their graves.”

“So I made a poster and wrote that young people were being sent to their deaths. And in another poster I appealed to the Russian soldiers: ‘Put down your weapons and you will be heroes.'”

Across town, a group called “Mothers of Soldiers of St. Petersburg” is operating a helpline.

Mothers call worried about their recruit sonssome of whom are already fighting in the Ukraine.

Many mothers desperately ask for help to bring their children home. The group received a lot of calls, but there has also been a lot of pressure from above. Olga was a member of the mothers’ group and told me that they were forced to shut it down.

“The authorities prefer to cover things up, give society a false image that everything is fine in the army. They want the mothers of soldiers to be patient and silent,” he said.

In St. Petersburg and throughout Russia, the authorities are trying to gain support for what the Russian military is doing in Ukraine.

The press department of the St. Petersburg Police has been very busy. He has been making a series of videos with a triumphant soundtrack in support of Russian forces in Ukraine.

In one of the videos, riot police officers are seen linking arms with people on the street. The camera then zooms out to reveal that the crowd has formed the letter Z.

That symbol is painted on many of the Russian military vehicles in Ukraine and is used to show support for the Kremlin’s offensive.

There are many Russians who do support it and that, for now, they believe what the state media says here: that Russia is right.

Outside the famous Hermitage Museum, I stop to talk to Nadezhda, who is out for a walk.

She tells me: “I love my country and I trust my president, and if you think that the West can scare us with sanctions, you are wrong. Russians are not afraid of cold or hunger.”

Back in Elena Osipova’s flat, the artist says that she will never accept that what Russia is doing in Ukraine is right.

“What is happening is a shame. They are killing so many people. The authorities are trying to arouse patriotic feelings in the public. But it’s all a hoax. And many are duped by the propaganda that has been spread for years and has changed people. It’s awful.”

In recent years the Russians have known many wars.

The Soviet war in Afghanistan, two wars in Chechnya, the Russian army getting involved in the war in Syria. And now Ukraine. The Kremlin insists that its troops there are conducting a special military operation.

But most of the world knows this offensive as the Russian war.