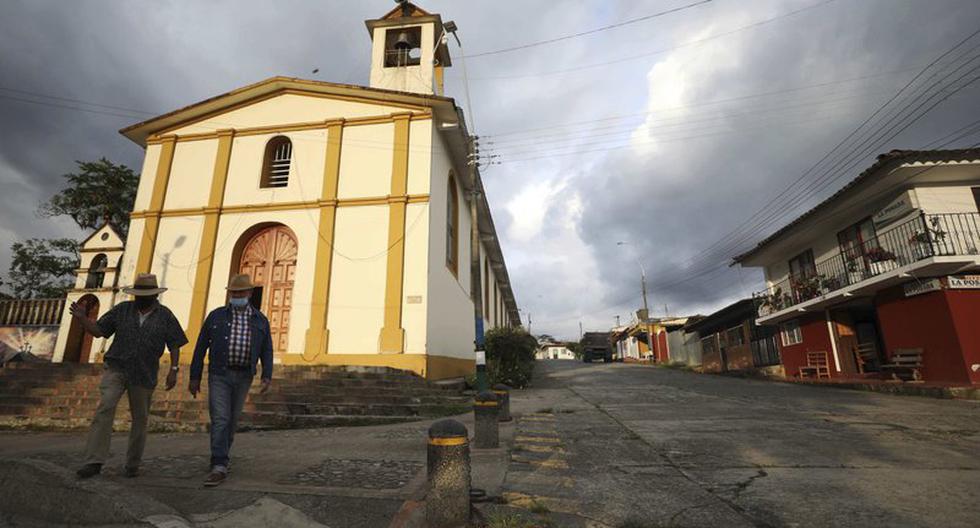 Campohermoso, the town of Colombia that remains free of coronavirus | PHOTOS

The incident came after Taipei said it would start shooting down drones from China.

The Taiwan Army Command said on Tuesday that its soldiers fired live warning shots at a “batch” of drones over Erdan Island, after which the ship returned to China. With tensions running high across the Taiwan Strait, Taipei has taken a tougher stance on Chinese drone flights in recent times.

Starting shortly after 4 pm local time, three groups of three «civil» The drones flew over the Taiwanese islands of Dadan, Erdan and Shiyu, which make up the Kinmen archipelago. A batch entered restricted airspace over Erdan, prompting soldiers to fire “defensive shots” and move the aircraft away, the Army Command said in a statement.

After being shot at, the drones headed towards the Chinese city of Xiamen, the statement continues.

Local media note that Taiwan’s military has never reported the use of live ammunition against a Chinese drone before, but Tuesday’s incident came two days after Taiwan’s Ministry of National Defense announced that it would follow a new investigation procedure. four steps in dealing with China’s unmanned aerial vehicles. .

This procedure involves “shoot flares, report the intrusion, take out the drone and shoot it down.” according to the ministry.

Taiwan fired flares at a Chinese drone over Kinmens earlier this month, claiming the craft had been sent to investigate military defenses on the islands. Located close to mainland China, Kinmens is heavily fortified and played a major role during earlier conflicts between China’s communist government and nationalist forces led by Chiang Kai-shek in the 1950s.

Footage of several drone flights over Kinmens has been shared on Chinese social media in recent weeks, with one video showing Taiwanese troops throwing stones at the floating craft.

Tensions between China and Taiwan have remained high since US House Speaker Nancy Pelosi paid a controversial visit to the island earlier this month. The trip, which Beijing saw as Washington’s tacit endorsement of Taiwan’s independence, prompted China to hold large-scale military exercises in the Taiwan Strait. US warships responded by sailing down the waterway, while Taiwan conducted its own military exercises.

China maintains that it has sovereignty over Taiwan, a position the United States has recognized, but not endorsed, since the 1970s.