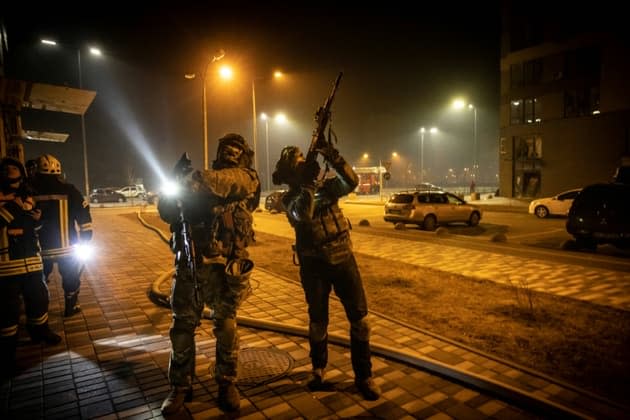 The Sri Lankan Parliament began voting on Wednesday to elect a new president to replace Gotabaya Rajapaksa, who fled abroad after protesters invaded his residence amid a serious economic crisis. The Secretary General of Parliament, Dhammika Dasanayake, rang the bell to start the secret ballot where lawmakers will choose one of the three candidates for head of state.

The elected president will complete Rajapaksa’s term, which ends in November 2024. The winner of the contest will take charge of a bankrupt country that is negotiating a rescue plan with the International Monetary Fund (IMF), and whose 22 million inhabitants face serious shortages of food, fuel and medicine. Analysts say the favorite is Ranil Wickremesinghe, a former prime minister turned incumbent president after Rajapaksa stepped down. His candidacy is rejected by protesters who consider him an ally of the outgoing president.

Months of protests over an unprecedented economic crisis culminated in Rajapaksa’s resignation, announced last week from Singapore. His departure was a blow to a once-powerful clan that dominated Sri Lankan political life for decades after his brothers resigned months ago as prime minister and finance minister.

Wickremesinghe, 73, has the support of Rajapaksa’s SLPP, the largest party in the 225-seat parliament, for Wednesday’s secret ballot. As sitting president, Wickremesinghe prolonged a state of emergency that gives security forces sweeping powers, and last week sent soldiers to clear out protesters occupying public buildings. An opposition lawmaker noted that Wickremesinghe’s hard line against the protesters was welcomed by lawmakers affected by the violence of the protests, and that most SLPP representatives would support him.

“Ranil is shaping up to be a law and order candidate,” Tamil lawmaker Dharmalingam Sithadthan told AFP.

“Ranil regained the acceptance of the urban middle class by restoring some of their supplies, like gas, and liberated government buildings by showing firmness,” Perera said. In intense lobbying on Wednesday night, two small parties backed Wickremesinghe’s main rival, and the result looks set to be a close one.

Observers believe Wickremesinghe will crack down hard if protesters, who have demanded his resignation, accusing him of protecting Rajapaksa’s interests, return to the streets. Former President Mahinda Rajapaksa, Gotabaya’s older brother and leader of the clan that has dominated Sri Lankan political life for years, remains in the country and sources in his party say he has lobbied SLPP lawmakers to support Wickremesinghe.

His main rival will be SLPP dissident and former Education Minister Dullas Alahapperuma, a former opposition-backed journalist. Alahapperuma, 63, pledged this week to form “a true consensus government for the first time in our history.” The third candidate is Anura Dissanayake, 53, leader of the leftist Popular Liberation Front, whose coalition has three legislative seats. Lawmakers will rank candidates in order of preference in a secret ballot, a mechanism that gives them more freedom than an open system. Candidates require more than half of the votes to be elected. If none reaches it, the candidate with the least votes will be eliminated and their votes will be distributed based on the second preferences. The new ruler will take office for the remainder of the Rajapaksa term, which ends in November 2024.