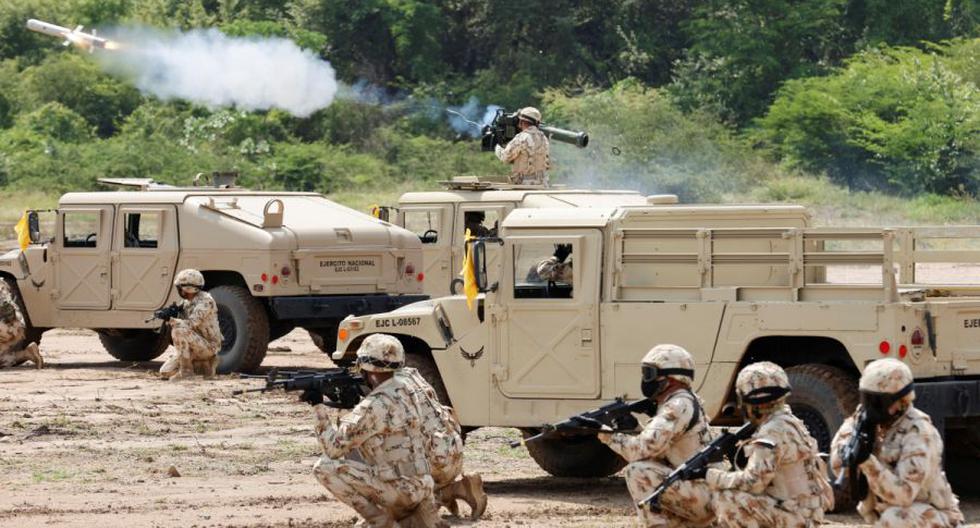 Colombia conducts a military exercise in a border region with Venezuela

Yesterday, the US capital received the Minister of Foreign Affairs, European Union and Cooperation, José Manuel Albares, with the aftermath still present from the recent storm that crossed the country’s East Coast over the weekend and, on his first official trip, a high-level agenda with the Biden Administration.

His first and most prominent stop was at the State Department, where he was greeted by a hurried Secretary of State, Antony Blinken, just before announcing that he was to undertake an urgent trip to Germany and Ukraine amid the crisis with Russia. On the table, two main issues stood out to which they devoted almost all their attention: jointly dealing with the growing tension between Ukraine and Russia, and finalizing the details of the next NATO summit in Madrid. But others also slipped in, such as the conflict in Western Sahara, committing both to “join forces” to try to resolve it.

“We have agreed to join forces to resolve a conflict that has lasted too long and for which a solution must be found. It cannot last more decades,” Albares made clear after the meeting, emphasizing that “there are thousands of people” waiting for a solution. However, the Spanish minister did not clarify whether Washington would change its position after former President Donald Trump recognized Moroccan sovereignty over the Sahara.

Regarding the most immediate threat, the crisis between Russia and Ukraine, Albares pointed out that “it is what focuses all the efforts of the different allies.” “I have transferred the Spanish commitment to our allies in Ukraine, to its territorial integrity and its sovereignty, including Crimea, as well as the unity of Europeans in this matter,” added the minister.

Blinken and Albares, who met for the first time in Paris during the OECD ministerial meeting in October last year, chose Washington as the second face-to-face meeting to also define the strategy for the emblematic Summit of the Atlantic Alliance, which the Spanish capital will host next June 29 and 30 with the presence of the Heads of State and Government of the 30 NATO member countries.

And although US President Joe Biden has not officially confirmed his attendance at the Summit, the US Secretary of State hinted that he would participate, explained Albares himself.

In another round of questions, the Minister of Foreign Affairs acknowledged that he had not specifically talked about the issue of Cuba with the Secretary of State, but he did talk about Latin America: Boric’s recent victory in Chile, the “sad situation” in Nicaragua, in which both agreed on the “necessary release of political prisoners”, and Venezuela.

“There is a democratic path and dialogue in Venezuela and we have both agreed to promote dialogue,” Albares stressed, adding: “Finally, the situation in Venezuela has to come from the Venezuelans themselves and to do everything possible so that the dialogue between the Government and the opposition becomes a reality again and advance along the democratic path”.

In addition, during the bilateral meeting they also put “a special emphasis” on Central America, “a region in Latin America that we believe does not have the necessary attention, support and help,” he emphasized.

Another topic they touched on, albeit obliquely, was the resounding departure of US troops from Afghanistan due to the collapse of the Afghan government after the Taliban invasion, on which Blinken explicitly thanked him for “the collaboration that Spain has provided through the Morón and Rota bases to be able to evacuate Afghan collaborators from the United States,” the minister assured.