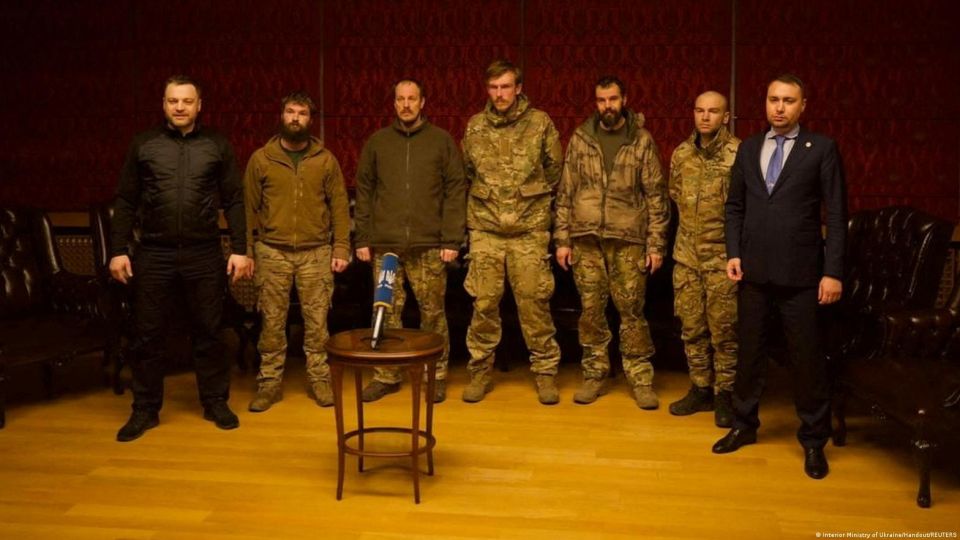 Ukraine announces release of 215 prisoners of war, including a politician close to Putin

Following the German government’s decision to send “Marder” type armored defense cars to Ukraine, the two junior partners of the coalition insist on the need to also provide attack tanks such as the “Leopard”.

Chancellor Olaf Scholz announced after the Russian invasion of Ukraine a “turning point” in Germany’s policy of not supplying arms to conflict zones and then promised that Berlin would assume more responsibility for the defense of Europe.

Despite this, the reinforcement of military aid to Ukraine has been coming in drops, much to the impatience of Scholz’s liberal and Green coalition allies of the Social Democratic Party (SPD).

Asked about the supply of armored cars to kyiv, the foreign minister repeated for months as a mantra that Germany will not take “solitary steps” but will only act in concert with the rest of NATO members.

Now, the government’s plans are to send some 40 “Marder” of the 370 available to the German armed forces, the first already in the first quarter of 2023 and after having trained Ukrainian soldiers in their management.

The decision comes late, Christian Rieck, a professor of international relations at the University of Potsdam, told GLM, since a “more determined” action could have decimated Russian capabilities sooner.

“Also, the Marders have not yet been delivered. So far these weapons shipments have always taken too long,” he warns.

Following the announcement, Liberal party defense expert Marie-Agnes Strack-Zimmermann tweeted that it was a “great relief” but she vowed to keep pushing for Germany to deliver main battle tanks as well.

Similar arguments also come from the Greens, who from the beginning of the war adopted an unequivocal position in favor of the shipment of arms.

“I wish that as the main country of production of the Leopard 2 we would launch a European initiative for the supply of Leopard 2 and we would see with Europe what else we can supply to Ukraine so that it can liberate the occupied territories,” the green deputy told public television. Anton Hofreiter.

For its part, the Christian Democratic opposition accuses Scholz of acting only in response to international pressure and blames him for a lack of leadership.

For Michael Zürn, professor of international politics at the Free University of Berlin, the joint announcement this week by the United States, France and Germany to deliver light tanks is due to a host of factors.

Everyone wanted the others to take the step, he reasons, both because of the costs and the burden on the Army itself, but the joint decision to carry out shipments in parallel has overcome the resistance of the German government, he told GLM.

In addition, the situation at the front also plays a role, where there are no movements that could strengthen Ukraine’s hand in the face of eventual negotiations with Russia.

Finally, according to the expert, in recent months there have been signs that are interpreted in the West as a reduction in the possibility of a nuclear escalation taking place, which has also increased its willingness to supply more powerful weapons.

In order for Berlin to decide to supply the “Leopards” as well, a similar combination of factors needs to take place, Zürn says.

Thus, it is necessary for the step to appear militarily necessary, for the problem of cost sharing to be resolved cooperatively, and for “potential partners of Russia” such as China to not see the measure “as a reason for a nuclear escalation.”

“If the three factors are given, it cannot be ruled out, since the domestic pressure will continue, that a decision like this will be given in two or three months,” says the professor in relation to the “Leopard.”

For the moment, German public opinion remains reticent and, according to a poll carried out by public television ARD just before the shipment of the “Marder” was announced, 41% of citizens were in favor of maintaining military support. at the level it was at.

The percentage of those who want to increase arms aid has risen to 25%, but a quarter of those surveyed already considered that shipments of military material go too far.

Only one in three Germans believes, on the other hand, that the war in Ukraine will end in 2023.