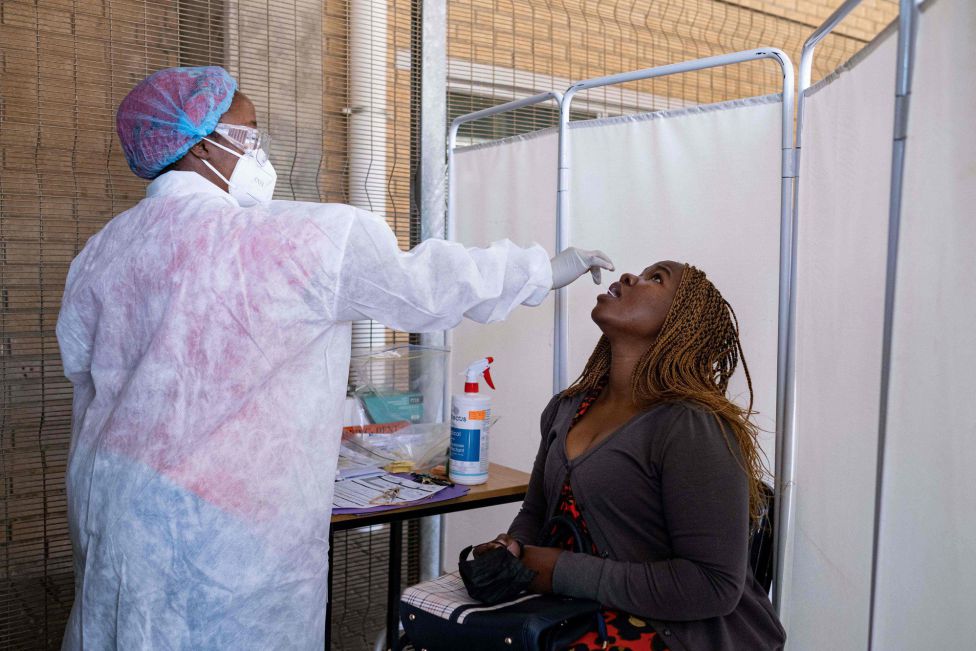 Omicron : If you have these symptoms, you may have the Omicron variant

Even as President Vladimir Putin has tightened his control over Russian society over the past 22 years, small pockets of independent political information and expression remained on the internet .

As Putin wages war with Ukraine, a digital barricade has been erected between Russia and the world. Both Russian authorities and multinational internet companies built the wall at breakneck speed. And those decisions have broken an open internet that was once seen as helping to integrate Russia into the global community.

TikTok and Netflix have suspended their services in the country. Facebook has been blocked, Twitter too, only partially, and the future of YouTube is in doubt. Apple, Samsung, Microsoft, Oracle, Cisco and other companies have either stepped back or withdrawn from Russia altogether. Even online video games, like Minecraft, are no longer available.

These measures have turned Russia into a digital walled state similar to China and Iran, which strictly control the internet and censor foreign websites and dissent. The Chinese and Western internets have become almost completely separate over the years, with few overlapping services and little direct communication. In Iran, authorities have resorted to internet blackouts during protests.

The breakup from Russia is a defeat for the West’s once-held belief that the internet is a tool for democracy that would lead authoritarian countries to open up.

“The vision of a free and open internet that spans the globe doesn’t really exist anymore,” said Brian Fishman, a fellow at New America, a think tank, and former director of counterterrorism policy at Facebook. “ Now the internet is uneven . It has choke points.”

The internet is just one piece of Russia’s growing isolation since it invaded Ukraine on February 24. The country has been largely cut off from the global financial system, foreign airlines do not fly in Russian airspace, and global access to its oil and natural gas reserves is in question.

However, the digital outages are the culmination of Russian authorities’ attempts to control what was once a free and open internet. For years, the authorities have intensified a campaign of censorship in the country and tried to move towards what is known as a “sovereign internet”. The war led multinational companies to take the last steps in this direction.

Although Russia is paying a heavy economic cost for being isolated, digital isolationism also serves Putin’s interests. It allows him to further suppress dissent and information that does not toe the government line. Under a censorship law passed last week, journalists, website operators and others risk 15 years in prison for publishing “misinformation” about the war in Ukraine.

“This is going to feel like a throwback to the 1980s for people who lived in that time, because suddenly information is back in the hands of the state ,” said Alp Toker, director of NetBlocks, a London-based organization that gives monitor internet censorship.

In Russia, internet censorship efforts have grown over the past decade, explained Tanya Lokot, an adjunct professor at Dublin City University who specializes in digital rights in Eastern Europe. At first, Putin cracked down on critics of the government and independent online media. Russia then began a campaign of installing new censorship equipment to block or slow down access to websites like Twitter.

However, the latest disruption since the invasion began has shaken Russians who used the internet to stay connected to the rest of the world, get independent information and build their careers.

Alexei Pivovarov, who quit his job at state television nearly a decade ago in the face of mounting censorship, said he experienced a “second birth” when he started producing news programs and distributing them on YouTube. Nearly three million people subscribe to his YouTube channel, where he and a team post investigations and reports not available in state media.

“I was completely sure that part of my life was over forever, and that I would never work as a journalist again,” he said in a recent interview. “Before I came to YouTube, I never thought it was possible.”

Now the job risks landing Pivovarov in jail… or bankruptcy. YouTube, owned by Google, last week blocked all Russian accounts from making money from their videos and banned Russian state television from broadcasting across Europe. Experts predict that YouTube could be one of the next targets to be blocked by Russian regulators.

Pivovarov, 47, who lives in Moscow, said he planned to continue streaming on YouTube despite the risks. But he claimed that he was unclear how long he could continue.

“At the moment I plan to work in Russia,” he said. “I don’t know how this is going to change in the future, especially if YouTube gets blocked.”

Therefore, being isolated in its own digital ecosystem, the consequences can be serious. In addition to access to independent information, the future reliability of Internet and telecommunications networks, as well as the availability of basic programs and services used by businesses and government, is at risk.

Russian telecommunications companies that operate mobile phone networks no longer have access to new equipment and services from the likes of Nokia, Ericsson and Cisco. Efforts by Russian companies to develop new microprocessors were called into question after Taiwan Semiconductor Manufacturing Co, the largest maker of essential semiconductors, halted shipments to the country. Yandex, Russia’s largest internet company, with a search engine more widely used in Russia than Google, has warned that it could default on its debts because of the crisis.

“The entire market for information technology, hardware and software that Russia depends on is severely damaged at the moment,” said Aliaksandr Herasimenka, a research fellow at the Oxford University Program on Democracy and Technology. Russian authorities could respond by loosening rules that have made downloading pirated software illegal, he explained.