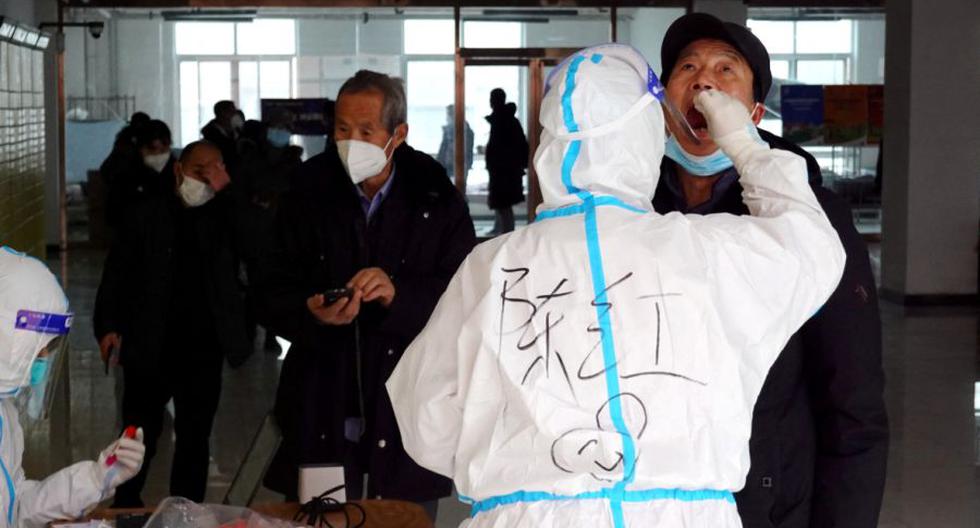 China registers 182 new local cases of coronavirus, the highest number of the year

Russia is carrying out “silent mobilization” through its regional employment centers, according to a report by Ukraine’s National Security and Defense Council. According to the Ukrainian Center for Countering Disinformation of the country’s National Security and Defense Council, Russian authorities continue to recruit contract workers en masse without announcing war mobilizations. Russian President Vladimir Putin launched what he called a “special military operation” against Ukraine on February 24, but the leader has not announced any mobilization. Declaring all-out war on Ukraine would allow Putin, under Russian law, to recruit recruits and mobilize reserve forces.

In a post on the Telegram messaging app, the center said it had found vacancies for more than 20,000 Russian contract workers.

“More than 22,200 vacancies for contract servicemen have appeared in the regional employment centers of the Russian Federation,” he said.

At least seven units that fought in Ukraine posted vacancies for the recruitment of snipers, gunners, drivers, medical instructors and other specialists, the report added. Some of these units are the 64th Motorized Rifle Brigade of the Khabarovsk region (military unit number 51460) and the 104th Guards Air Assault Regiment (military unit number 32515), which Ukraine alleges was involved in the killings and torture of civilians in the city of Bucha, near Kyiv, in April, the report indicates. The center also found that Buryatia’s 37th Motorized Rifle Brigade (military unit number 69647), which reportedly has the second-highest number of casualties, is looking to recruit the largest number of Russian contact soldiers.

The Center for Countering Disinformation suggested that these thousands of vacancies indicate the losses of the Russian military and “the general problem with the recruitment of military personnel.” Previously, a search by news week On a local recruiting website in May, he found more than a dozen job advertisements hiring recruits in mobilization training and wartime work. Multiple job advertisements across Russia were posted on the HeadHunter website that referred to “mobilization training,” with one advertisement for the Department of Internal Affairs in the northwestern district of Moscow stating that applicants were required to undertake a variety of of tasks, which include developing and adjusting “mobilization planning documents” and implementing “special decisions of the federal executive bodies in terms of mobilization readiness and mobilization training.” Another job posting for a “security department employee” for a Moscow federal tax service said the applicant will be responsible for “mobilization preparation” related to war activities and in martial law and state of emergency. emergency.

The Ukrainian Center for Countering Disinformation quoted British intelligence as suggesting that a lack of resources forced Russian troops to take a break shortly after Moscow claimed a major victory in seizing the Lugansk region of eastern Ukraine. Putin, during a meeting with Russian Defense Minister Sergei Shoigu on July 4, said that all units involved in the Luhansk offensive should be rested to “reinforce forces” and “increase their combat capabilities.” Ukraine’s armed forces say some 37,300 Russian soldiers have been killed since the war began, though Russia has not confirmed those figures. On March 25, a Russian general told state media that 1,351 soldiers had been killed and 3,825 wounded.