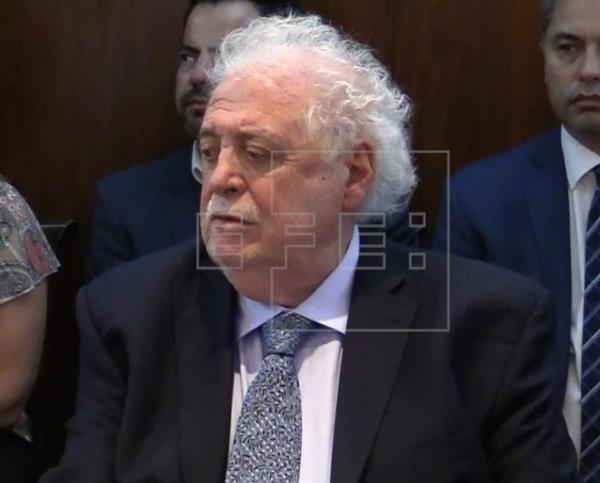 The moment of the artillery in the combats that are recorded in the Ukrainian Donbas. Image of a Russian tank advancing near Pokrovsk.
Russian officials, scientists, intellectuals and political leaders they are losing their fear and are beginning to speak out against the war. Boris Bondarev has resigned from his post at the Russian UN mission in Geneva. Previously it had been Igor Volobuyev, deputy chairman of Gazprombank. A list of those who support Putin and the war is circulating among academics at leading Russian universities so that are not chosen to enter the famous Academy of Sciences. The leader of the Communist Party caucus told a session of the local parliament in Vladivostok that “It is impossible to win the war in Ukraine, we have to end this that affects our young people.” He was expelled from the compound and branded a traitor by the governor.

The information had circulated in recent days through the Telegram channels where Russian scientists drink and was confirmed by an investigation by the New York Times: the anti-war movement grows among these intellectuals. The group of academic researchers is quietly working to prevent colleagues who have supported their country’s invasion of Ukraine from being elected to the prestigious Russian Academy of Sciences.

Belonging to this institution confers prestige and opens doors to universities and state-owned companies. The academy currently has about 1,900 Russian members and another 450 foreigners. Every three years new members are elected. The next count, which begins Monday, is for 309 seats, of which 92 are for senior academics and 217 for “corresponding members.” The competition is tough: more than 1,700 candidates applied.

Among the applicants there about 300 who emphatically expressed their support for the invasion of Ukraine and signing letters and manifestos in favor of the invasion ordered by Vladimir Putin. In March, a pro-Kremlin solicitation appeared with the names of hundreds of high-ranking officials at Russian universities, most of whom are prominent administrators and not scientists. They soon received a heavy blow from their colleagues who issued an open letter of opposition to the invasion. More than 8,000 Russian scientists and science journalists signed it.

“Most of the scientific community is definitely against the war,” Alexander Nozik, a physicist at the Moscow Institute of Physics and Technology, told the New York Times. “Being on a list like that could significantly reduce your chances of being elected.” He could also show that some acts of protest are still possible despite the government’s crackdown on dissent. And that there are many more intellectuals and officials within the Kremlin who oppose the war adventure in which Vladimir Putin embarked to the country.

Leonid Vasyukevich, leader of the Communist Party caucus in Vladivostok, who challenged the regime and rebuked the local governor for his support for the war. (prim.opora.ru)

A good example of what is happening was recorded in distant Vladivostok, on the Russian Pacific coast. In the local parliament, a group of politicians staged an unusual protest by interrupting the governor’s speech to denounce the invasion. “Three months from the start of the military operation have shown that it is impossible to succeed with military means,” said Leonid Vasyukevich, leader of the Communist Party caucus who is not part of the United Russia coalition that supports Putin but maintains his critical support for the regime and the war.

“More actions will mean more dead and wounded soldiers. We demand the immediate withdrawal of Russian troops.”Vasyukevich continued, supported by several other lawmakers as Governor Oleg Kozhemyako yelled at him “Traitor!” and asked them to cut off the microphone. “You are discrediting the Russian army and our defenders who are fighting against the Nazis. traitors”, the governor insisted. Vladivostok is 7,000 kilometers from Moscow and it is there that thousands of Ukrainians were deported during the Stalinist purges and where many of those who are now being expelled from the areas occupied by Russian forces are arriving. He is also from one of the regions where the young soldiers fighting in Ukraine come from. In the last year there have been important demonstrations there against the government of Kozhemyako and others carried out by a movement of mothers of children killed in the war.

The deputies of the Primorsky Territory demanded to stop the “special operation” in Ukraine. Leonid Vasyukevich, a deputy from the Communist Party faction, during a meeting on behalf of four colleagues read out an appeal to the president demanding the immediate withdrawal of troops from the territory of Ukraine.#No war # Ukraine # russia pic.twitter.com/oZtvTMLSuo

Discontent grows among the Russian political elite when in eastern Ukraine the invading forces are at their best. They are advancing on almost all the fronts opened in the last few hours and soon they could expel the Ukrainian troops from the entire region of the Luhansk province. They have made steady and increasing gains in the heavy fighting of the last few days, although Ukrainian defenses remain generally effective.

Ukrainian Deputy Defense Minister Hanna Malyar admitted that the fighting is currently in progress. its “maximum intensity” compared to previous Russian assaults and that “They will probably continue to intensify.” Ukrainian Defense Ministry spokesman Oleksandr Motuzyanyk called the offensive “temporary success” and stated that Ukrainian forces are using a maneuver defense to repel Russian advances in some key areas along the Donets River. In any case, the Russians are already in control of 95% of the Luhansk oblast (region) and they are very close to capturing the key city of Severodonetsk.

Of course it seems to be one of those classic Pyrrhic victories. “Russian forces have made several gains in the past week, but their offensive operations remain slow. They are very degraded and will have difficulty replacing new losses”, says the latest report from the Institute for the Study of War (ISW). A good example of this is that they ran out of modern tanks and had to dig up some left over from the Cold War.

US Javelin missiles and Anglo-Swedish NLAW (Next-generation Light Anti-tank Weapon) in the hands of the Ukrainian resistance managed to decimate Moscow’s armory of armored vehicles to such an extent that Russia had to resort to tanks designed more than 60 years ago. According to British intelligence, the Russian army has already lost 633 tanks and 1,144 armored cars.

Images posted on social media in recent days show aging T-62 tanks on rail cars heading to the front. The fact that Putin has had to resort to equipment that by most measures – bar quantity – would be considered totally obsolete speaks to the impact that stubborn Ukrainian resistance has had on Moscow’s equipment stock. “The T-62s will certainly be especially vulnerable to anti-tank weapons and their presence on the battlefield highlights Russia’s dearth of modern, combat-ready equipment,” a senior British military officer told The Telegraph. 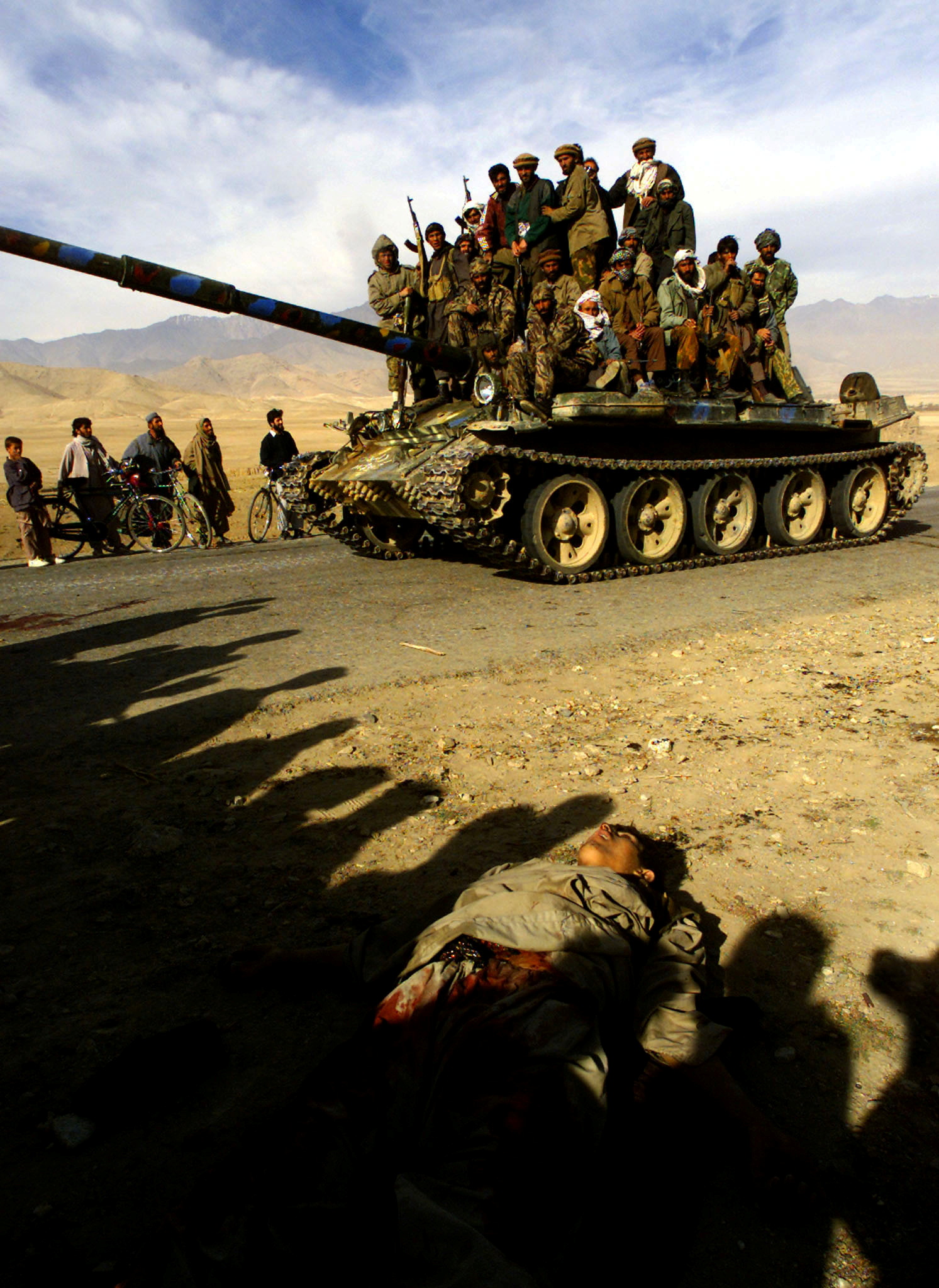 The T-62, a 41-ton tank with a 115mm main gun, it was manufactured in the Soviet Union from 1961 to 1975. It was largely replaced as Moscow’s main tank when the T-72 entered service in 1969. Thousands of T-62s were practically dumped in military camps without any protection and many were gifted to the Syrian Army since 2013.

Although some equipment has been added and updated over the years, such as additional armor or modern sights, the basic vehicle is “very tired”, say military analysts. “Ukrainian forces will not need to expend sophisticated and scarce Javelin or NLAW missiles to destroy them,” they emphasize. Older anti-tank missiles and even simple rocket-propelled grenades are likely to be more than enough to take these out of play. old mastodons from other wars.