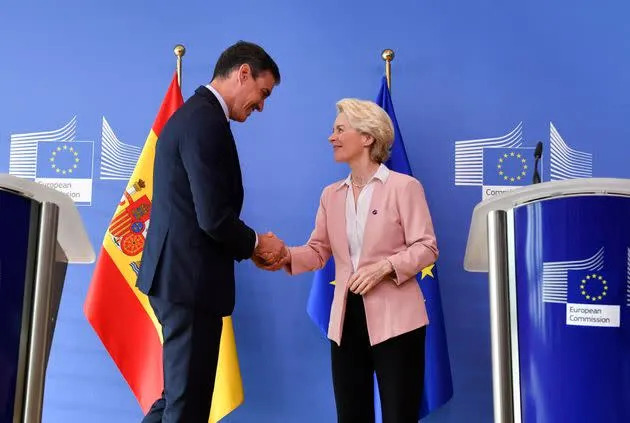 Germany and Europe entered this Monday in a period of great uncertainty regarding imports of Russian gas, which due to the conflict in Ukraine they’ve shrunk sharply in recent weeks and could soon be cut altogether. The russian giant Gazprom maintenance work on the gas pipeline began on Monday morning Nord Stream 1which transports a large part of the gas it still supplies to Germany and to other Western European countries.

“Nord Stream is stopped which means that the gas stopped circulating”, The German Ministry of Economy confirmed this Monday to GLM.

The closure for 10 days of two pipelines, announced long ago, should in theory have been a technical formality. But in the context of war in ukraine and the fight between Russia and Westerners on energy, nobody can predict what will come. As a warning Gazprom On the other hand, this Monday it reduced its gas shipments to Italy and Austria, by a third and 70% respectively, indicated the Italian energy companies Eni and Austrian OMV. The two countries are supplied in part by the TAG pipeline, which runs through Ukraine, but also by Nord Stream 1.

“There are numerous scenarios in which we could be plunged into an emergency situation,” the president of the German Federal Network Agency, Klaus Müller, warned on ZDF television on Monday.

“Putin is going to turn off the gas tap… but will he open it again one day?” asked the Bild newspaper on Sunday, the most widely read in Germany.

“We are facing an unprecedented situation, everything is possible” German Economy Minister Robert Habeck acknowledged on public radio over the weekend. “It is possible that the gas will flow again, even in greater quantity than before. It is possible that nothing more will come and we must prepare for the worst, as always, ” he added.

Russia arguing a technical problem, has already cut gas deliveries by 60% in recent weeks through Nord Streama decision denounced as “political” by Berlin. Given this, Germany strove to convince on Saturday to Canada to return a turbine for the Nord Stream 1, which remained in the country. All this despite the protests of Ukraine.

Germany did not want to give Moscow an additional argument to stop its gas deliveries. The German Chancellor, Olaf Scholzthrough its spokesman, greeted on Sunday “the decision of Canadian friends.” The German government argues that, for technical reasons, it would be difficult for Gazprom stop all supply via Nord Streamsince the gas from the Siberian field is “under pressure” and cannot be stored forever.

“It is not like a water faucet”, Habek said.

Since the beginning of the war, Germany shut down another Russian gas pipeline that was supposed to come online -Nord Stream 2- and is making efforts to reduce its dependency. But that dependency is still important: 35% of its gas imports come from Russia, against 55% before the war. And more than 50% of home heating uses gas. A permanent stoppage of Nord Stream 1 would not only punish the leading European economy.

According to the website of Nord Stream the gas that reaches Germany to the town of Lubmin, continues to be transported to Belgium, Denmark, France, Great Britain, the Netherlands “and other countries”. A prolonged interruption of supply would then aggravate the energy crisis in which Europe is already struggling, with rising prices and the fear of a very difficult winter.

In Germany, the authorities are already analyzing rationing plans.

The German chemical industry is particularly vulnerable because it relies heavily on gas. The Association of the Chemical Industry (VCI, for its acronym in German) claims to prepare for “the worst”. The important company BASF, based in Ludwigshafen (southwest), is thinking of imposing a partial strike on part of the workers if Russian gas begins to run out.

“If no more Russian gas arrives we currently have reserves for a month or two” explained Klaus Muller. The German lower house, the Bundestag, already adopted its own energy-saving plan on Thursday: heating above 20 degrees in winter is over, and there will be no hot water in individual toilets.