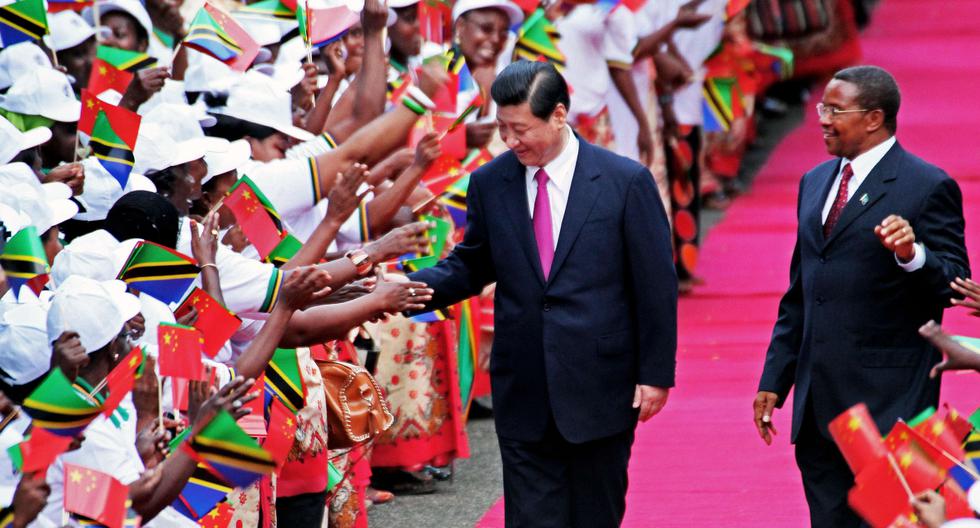 China has been investing in the world for decades. Is it too late for the US and the Western powers?

Russia today described as “false” the information about the existence of at least 21 “filtration camps” for Ukrainian civilians and prisoners in the separatist region of Donetsk, in eastern Ukraine, as and as stated in a document from Yale University in collaboration with the US State Department.

“This is another forgery aimed at discrediting the Russian special military operation,” he said in a statement.

The Russian legation assured that Moscow provides Ukrainian refugees with temporary accommodation places and delivers humanitarian aid to residents of the “liberated” territories, and that “it is committed to complying with the norms of International Humanitarian Law.”

The US report, published on Thursday and based on satellite images, data analysis and confirmation from at least five independent sources, does not, however, detail estimates of how many people have passed or are inside this detention system in eastern Ukraine. .

The Ukrainian NGO Media Initiative for Human Rights (MIHR) has documented the existence of at least 18 “filtration camps” and estimated that tens of thousands of Ukrainians have already passed through these centers since the Russian intervention, as it explained at the end of July in Vienna.

According to the testimonies, in these checkpoints, the Russian soldiers force them to undress, look for tattoos or marks on the skin, such as bruises, that may indicate the use of weapons. They also check mobile phones to find any Ukrainian national or nationalist symbols.

In the Austrian capital, two Ukrainians who passed through these centers recounted their experience, and assured that they were beaten over and over again.

International media, including Efe, have also collected testimonies in the last six months that show the existence of these “filtration camps” or centers for interrogation and control of civilians.

On May 6, Maria Vdovychenko, a 17-year-old high school student, managed to flee with her parents, her little sister and her cat from Mariupol, and told Efe how, when moving to Mangush, in the Donetsk region, the family had to go through one of these filtration camps.

Five soldiers took Maria’s fingerprints, scanned her documents, checked her cell phone, and asked her questions about her political orientation.

His father had deleted all the information on his mobile phone, so the soldiers began to interrogate him, asking him what he was hiding, and then beating him until he lost consciousness, after which they left him lying in the street, according to his account. daughter.