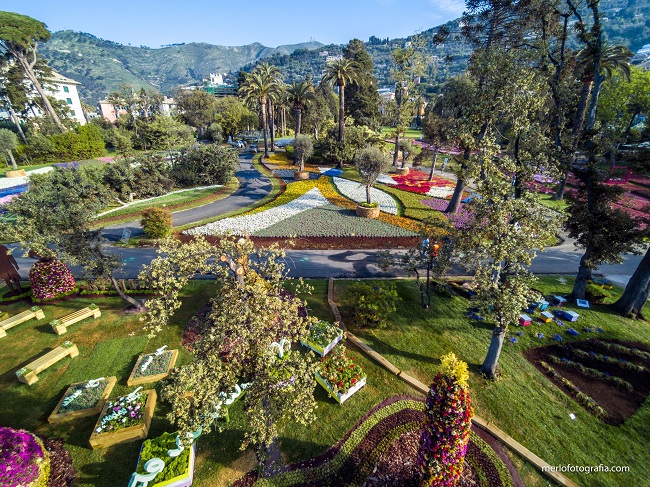 Euroflora 2022, in Genoa From April 23 to May 8, Events, Exhibitions and Competitions Between Parks and Museums

The Russian National Guard has arrested two employees of the Zaporizhia nuclear power plant, in southern Ukraine and occupied by Russian forces, who reportedly transmitted information to the Ukrainian Armed Forces about the location of personnel and equipment in the territory of plant.

The military body reported in a statement that it “stopped illegal actions that threatened the security of the Zaporizhia nuclear power plant” by arresting the two workers.

They also arrested a third person who violated “access control” to the plant, an “accomplice of the Armed Forces of Ukraine”, who would have transmitted “the coordinates of the movement of Russian convoy columns”.

The National Guard or Rosguard assured that its forces continue to protect and defend the nuclear power plant, the largest in Europe, in “difficult” conditions, after having taken it on March 4 in the framework of Russia’s military intervention in Ukraine

According to this armed body, during these more than five months of occupation of the plant, 26 “violators of access” to the plant were arrested.

Rosguardia also assured that the personnel of the nuclear plant “continues to work as usual and Russia maintains the electrical supply of the facilities and monitors the radiation levels.

He said radiation, nuclear, biological, and chemical protection specialists from the National Guard, along with colleagues from the Russian Defense Ministry, monitor radiation daily by measuring its levels at checkpoints along the perimeter of the facility.

In addition, sappers and specialists from the reconnaissance and demining group, with the help of mine detection dogs, daily inspect the territory adjacent to the nuclear power plant for explosive and explosive objects.

Russia’s National Guard makes the remarks amid Ukrainian and Western concerns over the nuclear power plant, which is under bombardment that threatens to cause a nuclear disaster, the international community has warned.

The director of the UN atomic agency, the IAEA, Rafael Grossi, prepares a possible inspection of the Zaporizhia plant.

The situation has worsened with the recent bombings in the vicinity of the plant, of which Russia and Ukraine accuse each other.

The IAEA assured last night in a statement that Ukraine has informed it that the explosions recorded last weekend have caused “additional damage” in the vicinity of the plant.

Grossi again warned of “the serious nuclear security and protection risks facing the facility” and highlighted the urgent need for a group of IAEA experts to visit the plant as soon as possible.