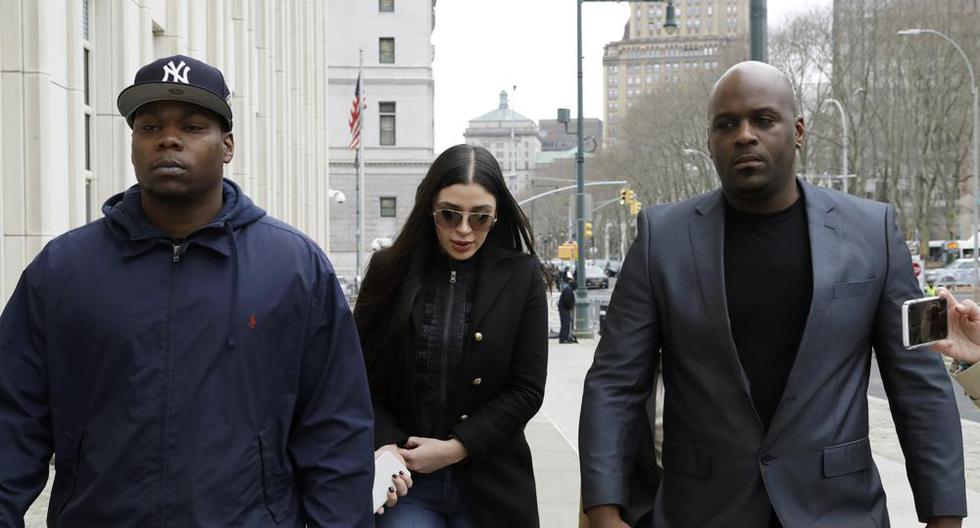 Emma Coronel: The wife of ‘El Chapo’ Guzmán will be sentenced this Tuesday in the US

The projectiles and missiles that fall on the cities of Ukraine have not only left thousands dead, but have also damaged historic buildings. Cultural authorities are now seeking to preserve them virtually thanks to cutting-edge technology and 3D.

Before setting up his laser scanner, French engineer Emmanuel Durand, a specialist in 3D data acquisition, walks through endless beams and debris. He manages to place his tripod in a strategic corner of the firehouse, badly damaged by the Russian attacks.

Built in 1887, the red brick building with its watchtower is a symbol of Kharkov’s industrial revolution in the late 19th century.

With his device, Durand “memorizes” every detail of the building. “The scanner registers 500,000 points per second. Then we switch places and go around the building, both outside and inside. Thousands of points…” he explains.

At night, the engineer puts all the data together “like pieces of a puzzle” on a computer in order to virtually rebuild the building. The end result is a perfect 5 millimeter reproduction, which can be rotated in all directions or cut. Craters from the explosions that shook the structure can also be seen.

“It allows you to remember the physical situation of the building. It can be used to see what has changed, for security. To know what needs to be restored or not, but also for museographic aspects” or history, he explains.

“We have a true picture of the damage caused by the missile and an exact replica of what the building was,” he continues.

Durand does this work on a voluntary basis in kyiv, Lviv, Chernigov and Kharkiv and is accompanied by architects, engineers, historical building specialists and a museum director.

In Kharkov alone, about 500 buildings are listed as being of historical interest. Most of them are in the center of the city, which suffered from the Russian attacks, explains architect Kateryna Kuplytska, a member of the commission in charge of identifying the damaged historical sites.

The expert estimates that more than 100 were damaged. And while the siege on Ukraine’s second largest city has been eased, shells continue to fall regularly.

“These fragile buildings can deteriorate even faster. You have to memorize the details precisely in order to stabilize them” and preserve their memory accurately, he explains.

“The damage registry will also be used for criminal trials. Across the country, we see serious damage to our heritage. This is a genocide of the Ukrainian people and a genocide of Ukrainian culture,” he says, referring to “war crimes”. “.

After two days in the fire station, Durand’s team moves to the Faculty of Economics of the Karazin National University in Kharkov, next to the headquarters of the Ukrainian security services, the target of the Moscow attacks.

The faculty, an old building from the tsarist and later Soviet times, is one of the first reinforced concrete buildings and was designed by the architect Sergei Timochenko, a figure of the “modern Ukrainian” style of the early 20th century.

But isn’t this conservation work useless when the war continues and people die every day?

“Culture is the basis of everything. If culture had spread as it should, people would probably not be dying and there would be no war,” says Tetyana Pylyptchuk, a member of the commission and director of the Kharkov Literary Museum.

Pylyptchuk sent most of his collections to the west of the country to prevent them from being damaged or vandalized during the fighting. “Today, people are more aware of how important cultural heritage is when nobody paid attention to it before,” he says.