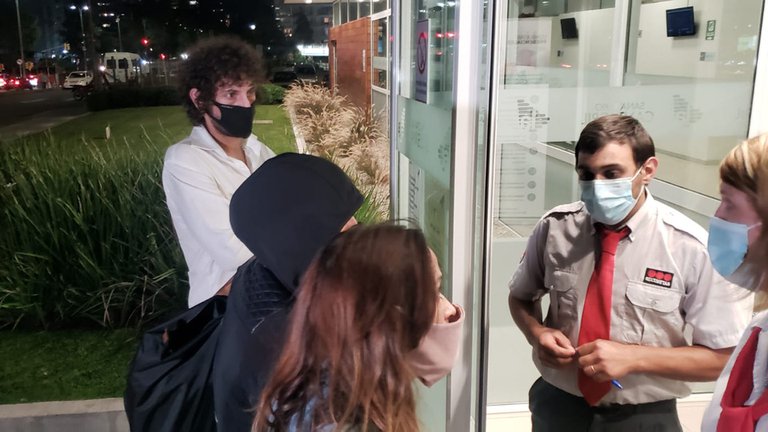 The words of Alejandro Balbi, the lawyer for Pata Villanueva’s family: “The condition is critical and his life is at risk”

The results of a survey by university experts on living conditions in Venezuela compare its poverty levels with African nations.

Poverty in Venezuela has worsened in the last six years to the point that it is no longer comparable only with economically depressed countries in the region, such as Haiti, but with African nations that experience greater political instability, according to a survey conducted by independent researchers. .

Experts from the Universidad Católica Andrés Bello, Central de Venezuela and Simón Bolívar published this week the results of the latest edition of the National Survey of Living Conditions of the Venezuelan Population, Encovi.

It is a joint project that, since 2014, seeks to photograph the socio-economic reality of the country. It has become a statistical reference due to the distrust and inexistence of the data published by the disputed government of Nicolás Maduro.

Its latest findings, based on surveys conducted in 9,932 households nationwide between November 2019 and March 2020, confirm the worsening of poverty.

According to the research, 96.2 percent of Venezuelans are poor according to their income and 79.3 percent admit that they cannot cover the food basket.

The researchers attribute the worsening to the fall in the national Gross Domestic Product by 70 percent between 2013 and 2019, to the average of 0.72 dollars of daily per capita income and to the inflation of 3,365 percent between March 2019 and 2020.

“It is absolutely evident that the main responsible for the increase in poverty in Venezuela, the scandalous increase in poverty, has had to do with the destruction of the Venezuelan economy and of course the fall,” said Luis Pedro España, sociologist and principal investigator , during the presentation of the results.

The Encovi concludes that the Venezuelan reality is so dramatic that it is comparable to that of the poorest countries in the world and, even, with greater political instability.

According to Spain, Venezuela is outside the Latin American economic context. In fact, only Nigeria surpasses Venezuela in the number of people living with income poverty, that is, of those who live on an average of $ 3.2 a day: the African country registers a rate of 77.6 percent, and Venezuela , of 75.8.

In the extreme poverty category, of people who subsist on less than 1.9 dollars a day, Venezuela surpasses Nigeria with a proportion of 54.6 percent compared to 53.5 points for the country on the African continent, points out the Encovi .

The researchers cite the Gini index or coefficient, a measure devised by the Italian statistician Corrado Gini to pinpoint income inequality.

Venezuela, with a Gini coefficient of 51, is the second Latin American country with the highest income inequality, led by Brazil, with 53.9.

“Venezuela has moved considerably away from its South American peers, getting closer to the situation that some countries on the African continent have. The levels of poverty and inequality have placed us in unimaginable positions in the past in the context of Latin America and the world ”, the academics point out among their comments.

Labor loss due to COVID-19

The university professors also weighed poverty according to the multidimensional method, which covers not only income, but also employment, education, living conditions and public services of the interviewees.

According to this variable, it is estimated that 65 percent of Venezuelan households are in a situation of poverty. That value increased 13.8 percent between 2018 and 2019.

“The only possibility of beginning to climb the curve is that we have economic growth and job creation,” says Spain, who proposes a job generation where women are incorporated as “one of the antidotes” to reduce poverty.

Encovi identified the “feminization” of the heads of Venezuelan households in the first quintile, that is, of the portion of the poorest population. In 72.7 percent of the interviews in that segment, a woman was identified as the head of the family.

Another relevant data from the Encovi is the evolution of employment. Self-employed workers represent 45 percent of the Venezuelan population, that is, 14 points more than what was reflected in the 2014 socioeconomic survey.

The researchers noted that, after the survey was completed in March, a flash survey was carried out in April that showed that the new coronavirus caused an increase in unemployment by 6.9 percentage points throughout the country.

Curiously, the quintile that was most affected by not being able to work and the loss of income as a result of the new coronavirus was the fifth, the one with the highest purchasing power.

The formal survey shows that Venezuela has the lowest record in Latin America and the Caribbean of participation of its population in economic activity, with 56 percent.

The Encovi cites data from the United Nations Economic Commission for Latin America, Cepal, to affirm that, after Venezuela, Argentina follows, with 58 percent; Mexico and Chile, with 60 percent. Nicaragua and Peru lead the rate of highest economic participation in the region, with 72 percent, according to UN statistics.

According to Spain, the economic debacle in Venezuela is linked to the waste of millionaire oil revenues that the State had at the beginning of this century. The country, in his view, had never experienced poverty of this magnitude.

“In the modern era, we had never had that figure (…) it is a precarious product, probably, of having eaten the fat cows and not leaving anything for the time of the skinny ones,” he illustrated.