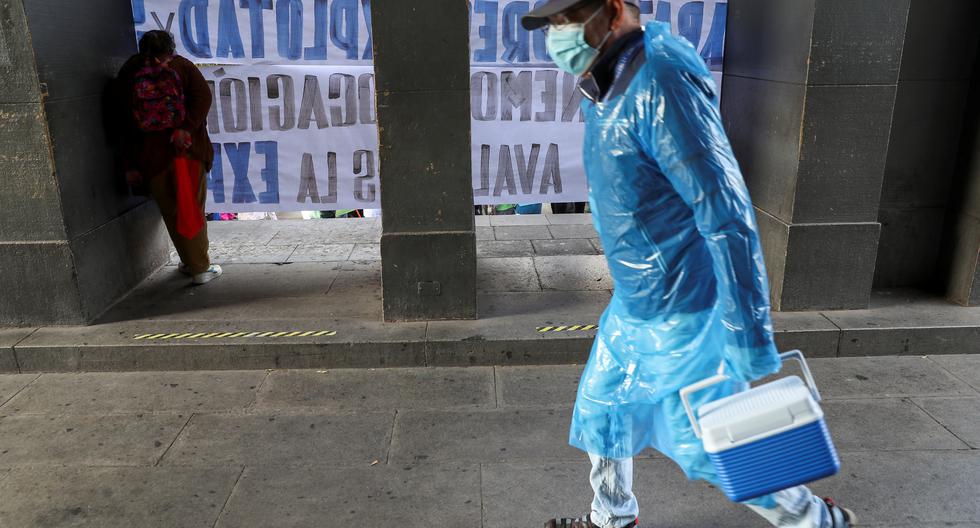 Chile adds more than 8,000 cases of coronavirus and authorities foresee improvement for May

A serious femicide occurred on the morning of Sunday, September 19, in the province of Santa Fe, Argentina, when a police officer shot his ex-girlfriend in cold blood, who was traveling with her husband and father of her son on Highway 90 at kilometer 130.

According to first versions collected by the newspaper GLM, Claudia Gonzalez, 29, was mobilizing with her husband Marino Milevich, 63 years old, in a Peugeot 307 when a policeman who had been chasing them kilometers behind, began to make changes of lights and sounds with the patrol siren so that they parked at the edge of the road.

Milevich, who was driving the car, did not respond to the calls of the patrol car, who without further ado decided to pass them and take the lead so that they would obey his orders.

The officer, identified as Ivan Jesus Leguizamón, approached the vehicle to speak with the couple, who at that precise moment recognized the agent as the ex-boyfriend from González.

Faced with the tense situation, Milevich asked Leguizamón: “Do you want to talk?” to which he replied: “Yes, I want to talk to her”. Thus, the woman’s husband left to give them privacy.

#SantaFe #Femicide in Elortondo. The expert reports verified that the road police officer Iván Jesús Leguizamón (28), Claudia González’s ex-boyfriend (29), murdered her with a shot to the head and tried to hang her current husband.
“He was obsessed and jealous, he lived watching her,” according to the flia pic.twitter.com/PvAjr0rFe7

According to what is known, Leguizamón asked González to have the love relationship again they had ended three months ago, but she rejected their request, arguing that she had already made up her mind. She chose to stay with Marino Milevich, her husband and father of her eight-year-old son.

In addition, annoyed by what happened on the road, she asked him to leave her alone and threatened to report him for the constant harassment that the officer infringed not only against González but also against her partner.

Response from Leguizamon was forceful, as he drew his weapon and, without a word, shot her in the head killing her on the spot. He was also going to assassinate Marino, but, according to versions of the aforementioned media, the gun jammed and they began to struggle.

The agent almost hangs him, but gave up.

The companions of Leguizamon, who were in the police patrol, they did not react and they left that he attacked his victims in a violent manner, becoming accomplices of the crimes committed by his colleague.

With the dead woman in the vehicle and her husband shocked by the situation, the officer began to verbally violate against Milevich, showing no sign of regret.

“Now I am calm,” he exclaimed. “Are you going to visit me in jail with your baby?”, he said to Marino.

Claudia Gonzalez worked as a student at the Santa Fe Public Security Institute, aspired to the title of Police officer, where she already had the rank of cadet. For his part, Marino worked as a truck driver on some routes of Argentina.

We regret to inform the departure of the comrade who was studying at the ISEP, Murphy headquarters of the Police School and was murdered in an event that mourns our institution.

Ivan Jesus Leguizamón was arrested and placed at the disposal of a judge who charged him with the crimes of “Homicide qualified by the bond, for being committed by a man against a woman mediating gender violence, abusing his function or position when he is a member of the police forces,” it mentions article 80 of the Penal Code of that country.

Likewise, the patrolmen who accompanied the murderer to commit the crime and who were identified as Jhonatan Rojo, 28 years old, and Mario Aguero, 24 years old, will also be prosecuted, accusing them of the crime of “Secondary participants”.

Leguizamón may receive a penalty of life imprisonment.