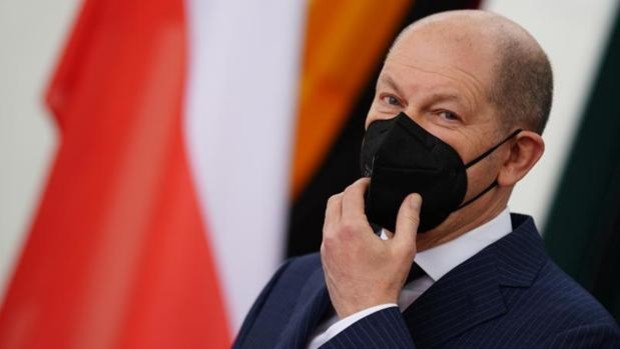 Poland’s ruling Law and Justice (PiS) party is losing ground in opinion polls but not gaining ground in its rule of law dispute with the European Commission.

And there is no sign that the EU is planning to release €35 billion in loans and grants from its pandemic recovery fund. Warsaw has yet to formally ask Brussels to release the funds, something it had promised to do in July. The country’s Ministry of Development Funds and Regional Policy did not respond to a request for comment.

“The Polish government is investigating and preparing a narrative about how the recovery fund is really not necessary at all,” said Jakub Jaraczewski, research coordinator for Democracy Reporting International, an NGO. “They are preparing to lose it.”

There is no indication that either side is preparing to compromise.

Poland’s ruling United Right coalition passed legislation on July 15 that goes some way towards the Commission’s demands by changing the name of a controversial chamber in the Supreme Court that disciplines judges. But those measures have not gone far enough, von der Leyen told the Polish newspaper Dziennik Gazeta Prawna.

Poland has yet to reinstate suspended judges, and the country still faces fines of €1 million a day for ignoring rulings on the judicial system from the EU Court of Justice.

“Poland must honor the commitments it made to reform the system of disciplinary measures,” he said.

But Warsaw does not plan any other steps to fulfill those commitments.

On Tuesday, Paweł Szrot, President Andrzej Duda’s chief of staff, told Polish television: “The president has already announced that he has finished his activity in this area, the law was adopted, it was submitted to the institutions of the European Union.” .

He reiterated the need for a two-party compromise on the issue, adding: “The president believes that this money should be given to Poland.” A Commission spokesman declined to comment. The issue is a political mine for the government.

Inflation in Poland was 15.5 percent in July, one of the highest rates in the EU, and government finances are under increasing pressure. Meanwhile, PiS, the main party in the ruling nationalist coalition, lost first place to the opposition Civic Platform party in a recent opinion poll. It is the first time since 2015 and comes ahead of next year’s parliamentary elections, with EU cash crucial to reviving his fortunes. But getting that money would mean withdrawing from the government’s judicial reforms, which would be unpalatable to the party’s right-wing core constituency.

“The party would have to admit defeat in a policy it has pursued since 2015,” said Jacek Kucharczyk, director of the Institute of Public Affairs, a Warsaw think tank. “That would be a huge blow to the party’s credibility and could lead to a real collapse in the opinion polls.”

He said the Commission’s tough stance on the rule of law has surprised Warsaw.

Now Warsaw is playing a waiting game with the Commission, hoping it will “exhaust itself and throw in the towel by accepting the reforms and freeing up the cash,” Kucharczyk said.

“I think they’re digging in,” Jaraczewski said. “The loser in this situation is, of course, the Polish people, who will not see this money.”