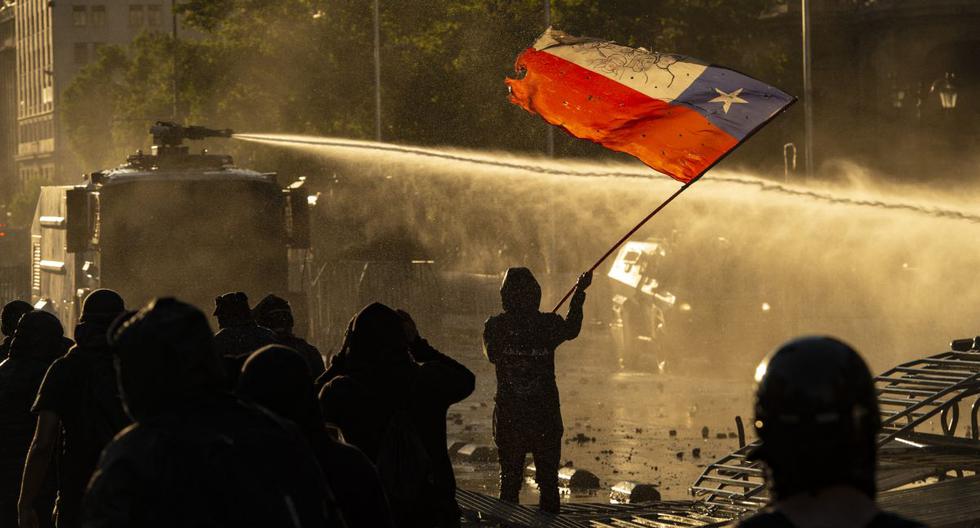 Chile: One dead and 57 arrested for riots on the Young Combatant’s Day

LIMA – With the fearsome rate of one death every five minutes, Peruvians face the worst moment of the pandemic with an apparent relaxation of prevention measures, despite the fact that the Brazilian variant of COVID-19 is accelerating infections in this prolonged second wave.

Although Peru has tried almost all the measures applied to mitigate the pandemic – strict quarantine, border closures, curfews, mandatory use of masks and face masks, among others – nothing seems to stop the advance of the virus, which has officially caused the death of more than 58,000 people in one year.

So far in April, the Ministry of Health has reported the death of almost 6,000 people, which exceeds the deaths of last February, which were 5,500 people from COVID-19.

“In the first wave (in 2020), the highest peaks reported by the Ministry of Health were close to 220 deaths per day,” said data analyst Rodrigo Parra.

“Already in this last week, the daily average has risen to 350 deaths, practically in one day every five minutes a death is being confirmed,” he added.

In parallel to the measurement of the ministry, the National Information System of Deaths (SINADEF) collects the deceased for any reason in a national registry and presents the excesses of deaths that occurred during the health crisis, taking into account the trends of previous years .

The American pharmaceutical company Pfizer assured The Wall Street Journal that it detected false versions of its vaccine against COVID-19 in Mexico, which has already generated reactions in that country.

“If we measure it by excess deaths, at least 1,140 people per day are currently dying by SINADEF, compared to the 300 that were registered before the pandemic. It is an excess of more than 700 people per day,” said Parra.

Thus, in April there have been between 400 and 350 daily deaths with a confirmed diagnosis of COVID-19, and as many deaths above the historical average.

“Once again, Peru, after the first wave, and now in this second, is unfortunately positioned in the first world positions due to excess deaths,” said Parra, who shares a daily analysis of data from the pandemic on social networks.

The interim president of Peru himself, Francisco Sagasti, said this Thursday: “We are already at the peak of the second wave and what is happening in our country and in other countries in the region is really terrible.”

When analyzing the infections since the end of last March, the percentage of positive cases with respect to the total of tests was 12%, but this week the positivity is close to 20%, with peaks in some days of 40%, Parra noted.

The second wave in Peru began in January and accelerated its growth last February, when the authorities warned the entry of the Brazilian variant, which is present in 10 of the 25 regions of the country.

Experts are still studying the results with those who have received the doses.

The president of the Public Health Committee of the Medical College of Peru, Augusto Tarazona, explained that in the last two weeks there have been between 9,000 and 10,000 cases of covid per day.

“That number of cases and our health system cannot support it. Of those cases, at least 1,000 go to seek health care, but we are no longer able to attend, all of this converges to increase mortality in our country,” he declared.

Tarazona affirmed that there have been four factors that have contributed to the worsening of the crisis, among which is the “relaxation that has existed due to the electoral campaign” in February and March, with demonstrations, candidate trips and face-to-face voting for the election of Executive and Congress, which was held on April 11.

Also, the trips made during Holy Week, despite the immobilization dictated by the Government of Sagasti.

A third factor is the presence of the Brazilian variant, which “is becoming much more intense in various regions of the country and will mean a more rapid growth of the pandemic,” said the infectologist.

In addition, Tarazona pointed out that “there has been no type of control of the sanitary measures established some time ago”, through an effective control of compliance with the use of masks or social distancing.

The doctor accepted that there is a “pandemic fatigue” among the population that is more than a year old. “But we have no other option. There is no other option because the pandemic continues and is getting stronger,” he stressed.

The operations of the National Police are more frequent in the so-called covid parties or traditional celebrations in the provinces, where the agents have had problems intervening with those who violate the prohibitions of this type of activity.

Tarazona even stressed that there is an additional characteristic in the spread of the virus and it is intrafamily contagion, which makes contagion faster in an entire family group and has made home mortality triple due to the impossibility of a whole family ill find help in time.