Angelique Coetzee, a doctor in Pretoria, was one of the first experts to come in contact with Omicron. Cadena SER interviewed her. 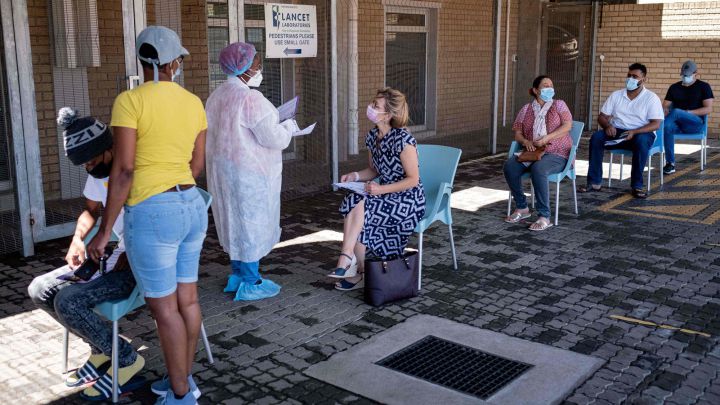 Angelique Coetzee is the name of the South African doctor who has put the world on the trail of the new Omicron variant. It was the one that described the main symptoms associated with this new strain with more than 30 mutations. ” Irritated throat, tiredness and moderate body pain, but without high fevers or uncontrolled pulse ,” explained the doctor from Pretoria who saw these types of conditions.

Coetzee was interviewed by Cadena SER and gave more details about Omicron. Of the symptoms, he assured that after five or seven days they do not go away and spoke about the profile of the patients he has had with the variant or suspected of having it: “From what we see at the primary level, among my patients I have a majority of vaccinated over 60 and I have not had any vaccinated under 35 years “. He also assured that it could be more infectious because of how it behaves in small nuclei, in a family, three out of four would be infected.

The South African stressed the idea that travel restrictions are behavior that would not be useful. “The travel restrictions no longer work because the omicron variant has been circulating around the world for probably weeks,” she told Spanish radio: “I’m sure Omicron is there, if they check PCR they will detect that it was already in their countries and people He hasn’t been to the doctor for symptoms, so it has expanded. ”

Coetzee proposed the following measures to combat the variant: “There is a premature alarm: it would be more prudent to recover the mandatory mask, it is important that it be clean, and impose social distance and ventilate.” Something to which the message of the Government of Spain is added: “Vaccinate, vaccinate and vaccinate.” Also Christian Drosten, the great German virologist, insisted on the line of speeding up the vaccination process.

Trouble and anger in South Africa

One of the big problems in South Africa, where Omicron was first detected, is poor vaccination. Only 35% have received the complete guideline and thus COVID-19 is more impervious in the population. South African President Cyril Ramophosa appealed for the people of the country to receive the guideline.

The discovery of Omicron in South Africa has created a certain contradictory feeling. On the one hand, in the country it was felt that the closure of borders with them because they were the ones who detected the variant was somewhat excessive.

“It is a scientific success, the result of our country’s investment in science. South Africa and the rest of the world must now turn that success into a successful response. The last thing we need is to panic and overreact. The closure of borders does not provide any benefit, “said Salim Abdul Karim, of the Africa Task Force on the coronavirus.