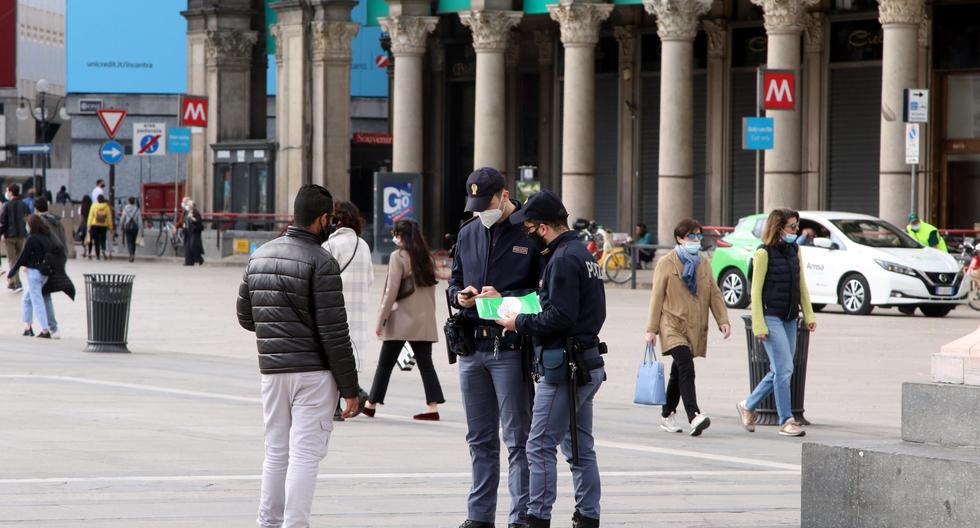 Coronavirus: Italy registers 21,311 positives and worries about pressure in ICUs

Managua, Jan 17 (EFE) .- The Cardinal of Nicaragua, Leopoldo Brenes, called this Sunday to avoid confrontations in 2021, a year marked by the elections next November, in the context of a bloody socio-political crisis.
In his Sunday mass, broadcast from his home in Managua due to the covid-19 pandemic, the cardinal called on Nicaraguans to “avoid confrontations, those ugly words, the disqualification of the brother because in this time of preparation for elections maybe he doesn’t think like me, no, let’s listen, let’s share our reasons. “
Brenes made the call at the end of a week marked by the disqualifications issued by the president of the opposition party Ciudadanos por la Democracia (CxL), Kitty Monterrey, and by the vice president, Rosario Murillo, against dissident movements and figures in Nicaragua.
Last Wednesday Monterrey said that CxL and the Civic Alliance for Justice and Democracy “is really the opposition alliance”, and that the “National Coalition does not exist, nor does the Blue and White National Unity either”. These last two are made up of people who rose up against President Daniel Ortega in 2018, a fact that marked the current crisis in Nicaragua.
On Friday, Murillo, Ortega’s wife, referred to the opponents as “a few who exude hatred”, “ridiculous minorities”, or “delusional”, accused them of “treason against the fatherland”, and demanded “respect” from them.
Brenes recalled that “division, violence, never truly leaves anything, a bad word, a bad feeling, an offense, a slander, it does a lot of damage.”
Nicaragua has experienced a marked political polarization since the armed attacks by police and “paramilitaries” against anti-government demonstrations in 2018, which left hundreds of prisoners, dead or missing.
The Inter-American Commission on Human Rights (IACHR) estimated 328 deaths in 2018. Local organizations have calculated up to 684 victims since then. Ortega, who considers himself the victim of an alleged coup attempt, has admitted 200.
The opposition, which calls the government of the Ortega Murillo marriage a “dictatorship”, hopes that the elections on November 7 will end the power that the former guerrilla has held since 2007, however, dissident groups have not shown to be united so far. as happened in the 1990 elections, the first time that the Sandinista leader was removed from the Presidency, after having starred in an internal conflict similar to the current one.
“I invite you this week that we pray for the unity of Christians, let us also pray for the unity of all of us Nicaraguans, the unity that always supposes, says the Holy Father, is superior to conflict, unity is always superior to conflict, there I leave all those who listen to me, “said the cardinal.