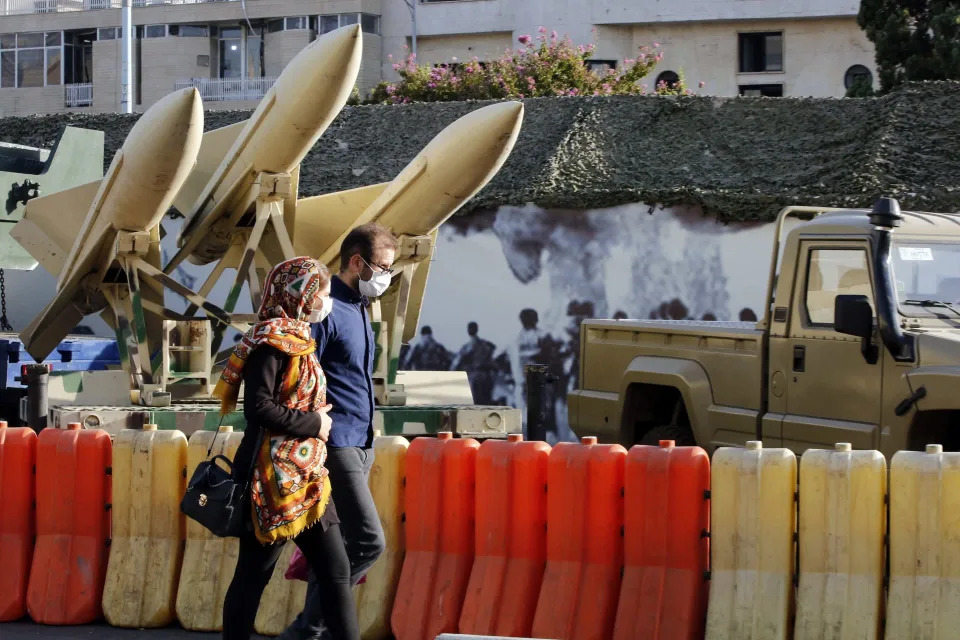 The United States is considering blocking Russia’s ability to pay its American creditors by allowing a key waiver to expire next week, a US official announced Tuesday.

Bloomberg News reported Tuesday that the administration of President Joe Biden is willing to allow the waiver to expire on May 25 , which could bring Moscow closer to the brink of default.

“It is being considered, but I do not have a decision to advance at this time,” the official told Reuters. “We are studying all options to increase the pressure on (Russian President Vladimir) Putin.”

Bloomberg reported that the government decided not to extend the waiver as a way to keep financial pressure on Moscow. Western sanctions following Russia’s invasion of Ukraine prohibit transactions with Russia’s finance ministry, central bank or national wealth fund. However, a 9A temporary general license issued by the Treasury Department’s Office of Foreign Assets Control on March 2 makes an exception for purposes of “the receipt of payments of interest, dividends, or maturities in connection with debt or principal ”.

The license allowed Moscow to continue paying investors and avoid defaulting on its public debt, and allowed US investors to continue collecting coupons. It expires on May 25, after which Russia will still have to make almost $2 billion worth of external sovereign bond payments before the end of the year. Some market players had speculated that Washington might extend the waiver so as not to punish US bondholders. The US Treasury Department did not immediately respond to a Reuters request for comment.

Weeks ago this portfolio warned that the United States and its allies “will continue their efforts” to increase economic pressure on Russia. A ministry official said they will target those who try to circumvent sanctions against Moscow. Last month the International Monetary Fund (IMF) estimated that the Gross Domestic Product (GDP) of Russia, under massive sanctions since the beginning of the invasion at the end of February, will contract by 8.5% this year, and Ukraine’s 35 percent.

These figures represent respectively 11.3 and 38.5 percentage points less than the January forecasts that gave Russia a growth of 2.8% and Ukraine of 3.5% in 2022.

After falling by 60%, the ruble has returned to levels close to those of before the invasion. But the exit of foreign companies from Russia affects many industries, such as aeronautics and air transport, finance, the computer sector and agriculture.

In addition, a loss of investor confidence will cause a significant drop in private investment and consumption, which can only be “partially offset by budget spending.”

As a consequence, the Fund expects a sharp contraction of the Russian economy in 2022 and a further decline in GDP of around 2.3% in 2023.

The IMF warns that the impact could be greater if some economies, such as Germany, “disconnected” from Russian energy. Germany imports a large amount of Russian gas, coal and oil.