The new variants of the coronavirus considered more transmissible and dangerous advance Brazil and they are already prevalent in at least a quarter of the country, which faces the worst phase of the pandemic with more than 1,600 deaths a day.

Refrigerated containers to store bodies, ambulances transformed into makeshift hospital rooms, transfer of patients thousands of kilometers away … The signs of an imminent sanitary collapse are increasingly visible in Brazil.

In the last four days, the number of deaths associated with covid-19 has not dropped below 1,600. This Friday it was 1,800. On Wednesday 1,910 lives were lost, an absolute record in the country, according to the Ministry of Health.

The exhaustion of a part of society after a year of restrictions, the denialism of President Jair Bolsonaro and the lack of measures at the national level, also make Brazil a huge “granary” for the appearance of new variants, according to specialists consulted by Efe.

“Brazil is becoming the largest open-air laboratory for coronavirus, a large number of mutations may arise” and as a result, “more infectious and lethal variants,” the renowned Brazilian scientist Miguel Nicolelis, full professor, alerted Efe this Friday. from Duke University in the United States.

Since the beginning of the health crisis, Brazil has accumulated 262,770 deaths and about 10.9 million cases, although it is estimated that the real number of infections is up to two or three times higher.

In the last 24 hours it registered more than 70,000 cases, the most in the world, even above the United States, according to the World Health Organization (WHO).

Consequence? Three-quarters of Brazil is with more than 80% of its intensive care beds occupied.

Family and friends attend the funeral of Paulo Carletti, 76, who died due to the coronavirus disease (COVID-19), at the Belem Novo cemetery in Porto Alegre, Brazil. (Photo: REUTERS / Diego Vara). (DIEGO VARA /)

There are several factors behind this ‘tsunami’ of infections that has been growing steadily since November, but the one that most worries scientists is the unbridled circulation of SARS-CoV-2 variants with mutations associated with a greater power of infection.

In at least seven of the 27 Brazilian states, the majority of cases are already detected with the so-called “variants of concern”. They are Amazonas, Ceará, Pernambuco, Rio de Janeiro, Rio Grande do Sul, Santa Catarina and Paraná, according to the Oswaldo Cruz Foundation (Fiocruz), a leading medical research center in Latin America.

In all of them, hospitals are at the limit, especially in the last three, which make up the southern region of the country. And it seems to be just the beginning.

“The effect of the variants is going to begin to be felt now,” Nicolelis warned.

Fiocruz has identified in more than half of the infections in these states the mutation shared by the variants of the United Kingdom, South Africa and Brazil.

The Brazilian, known as P.1 and originally from Amazonas, is already present in almost the entire national territory.

“The movie repeats itself. Amazonas was the first, but the others are following behind. It would not surprise me one bit if P.1 was the main responsible for what is happening in the south, ”Felipe Naveca, virologist at the Leônidas & María Deane Institute (Fiocruz Amazonia) told Efe.

On the other hand, there are more and more indications that the Brazilian variant is capable of evading the antibodies generated by a person who previously exceeded covid-19.

And the greater the number of cases, the greater the probability that new lineages will emerge. In fact, Fiocruz has increased its genetic sequencing capacity throughout the country in order to find out “if P.1 itself is also evolving”.

“As long as we have that environment with millions of cases daily, there is the possibility that another variant will emerge and I don’t know if it will be worse than P.1. We need to cut the transmission so that there is no chance that something worse will appear ”, Naveca insisted. 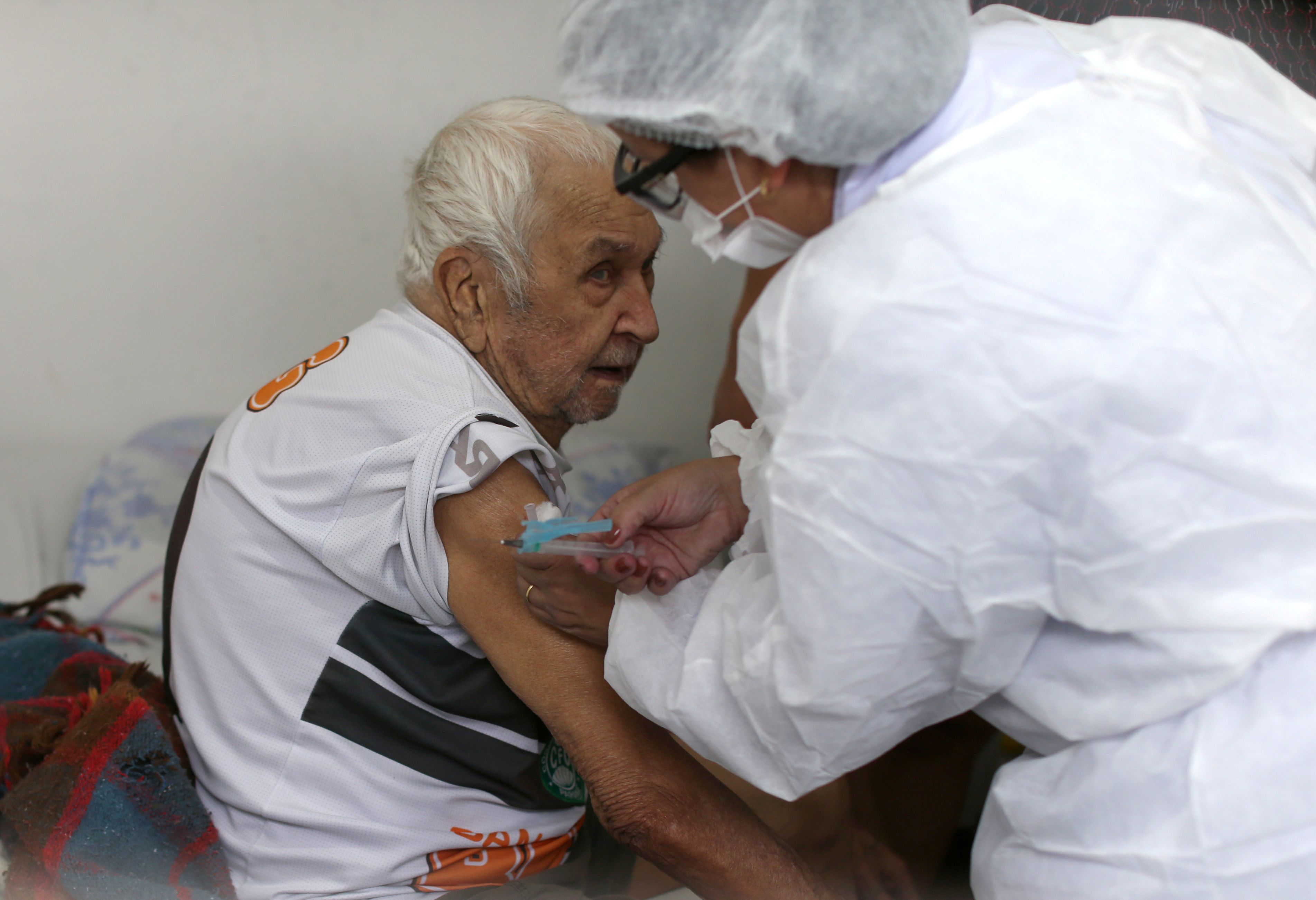 LONG LINES FOR A VACCINE THAT IS SCARCE

Meanwhile, the vaccination campaign progresses slowly, amid great social despair. Only 3.5% of the population has received the first dose.

In the metropolitan area of ​​Rio de Janeiro, the Duque de Caxias Mayor’s Office decided to call people over 60, despite the fact that it only has doses available for 7% of them.

The announcement caused crowds and kilometer-long lines of vehicles in this town, which began to receive hundreds of people from adjacent towns eager to be vaccinated.

In the midst of that shortage, the Ministry of Health reported today that it is negotiating with Moderna for the purchase of 13 million doses of the vaccine from the US firm.

In parallel, more and more regional and municipal governments have chosen to tighten health measures to contain the virus. As of this Friday, a night curfew will come into effect in the city of Rio de Janeiro.

Fortaleza, capital of Ceará (northeast), also announced today the closure of all businesses in the city, except essential ones. The same measure will take effect from tomorrow Saturday and for two weeks throughout the state of Sao Paulo.

Unaware of the health crisis, a group of truckers blocked an important highway in Sao Paulo on Friday to protest against the restrictions adopted in the region.

The trucking sector is an important ally of Bolsonaro’s social base, a denier about the seriousness of the pandemic.

The far-right president, who censors the use of the mask, has in recent days redoubled his attacks against governors and mayors for imposing new restrictions.

“Enough of being fussy, mimimi, are we going to cry until when?” Asked the head of state angrily, at the worst moment of the pandemic.